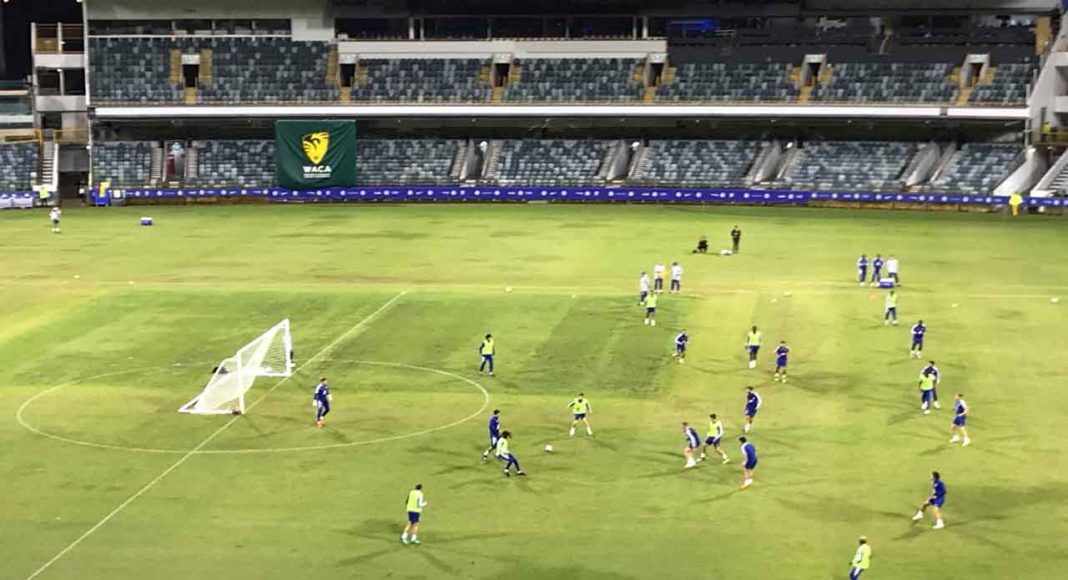 A snap taken of Chelsea training in Perth has given us a clear indication of how Maurizio Sarri wishes to set-up next season.

England also reached the semi-finals of the World Cup playing with a back-three, and with a right-back converted into a centre-back.

It’s time has come and gone now, though. It’s time for something new at Chelsea, and Sarri looks set to provide it.

Sarri used a 4-3-3 formation during his time at the Stadio San Paolo. He enjoyed a great deal of success with it, and doesn’t appear to have any intention of changing.

The image at the top of your pagewas taken of Chelsea training in Perth, and it’s pretty clear how the team is lining up. Have a look at the non-bibs, 4-3-3.