Talk Chelsea
Home News (Image) Kepa trains at Cobham – and why this could prove significant... 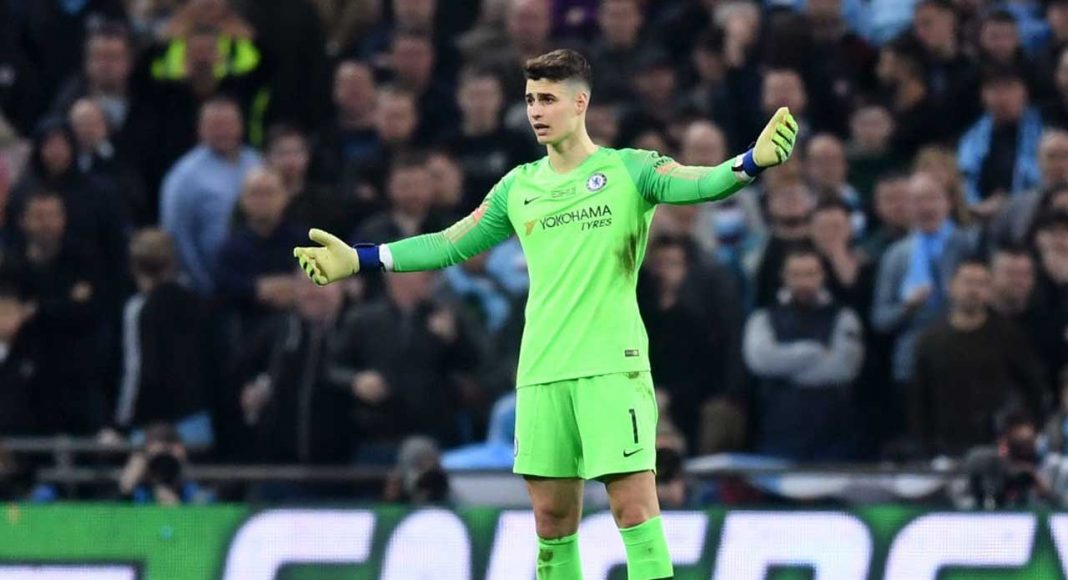 That may be all there is to this story if you’re a cynic, but we see something in it more significant. Kepa Arrizabalaga has been involved in full Chelsea training as the squad prepare for tomorrow night’s clash with Tottenham Hotspur.

Kepa, who was involved in a fiery dispute with Maurizio Sarri on the Wembley Turf on Sunday, was pictured in on the Cobham training pitch doing what he does best – stopping the football from getting beyond his six-foot-one-inch frame.

Now, why is this news? Well, though Sarri warned in his pre-match presser that Kepa may be left on the bench tomorrow night, his involvement in training confirms that the pair have buried the hatchet, which many feared wouldn’t be possible.

Kepa disrespected his manager in front of a packed-out Wembley and the millions watching around the world. We could forgive Sarri if he was to hold a grudge against the goalkeeper, but he’s chosen to forgive and forget. At least, that’s how we perceive it.

There has been much talk of discontent around the camp, but that’s difficult to believe if such a huge issue like this has been resolved so swiftly. Sarri clearly still has the dressing room. Let’s hope that the players turn up for him at the Bridge tomorrow.

SARRI IS A COWARD AND I LOST ALL RESPECT FOR HIM !!!!!