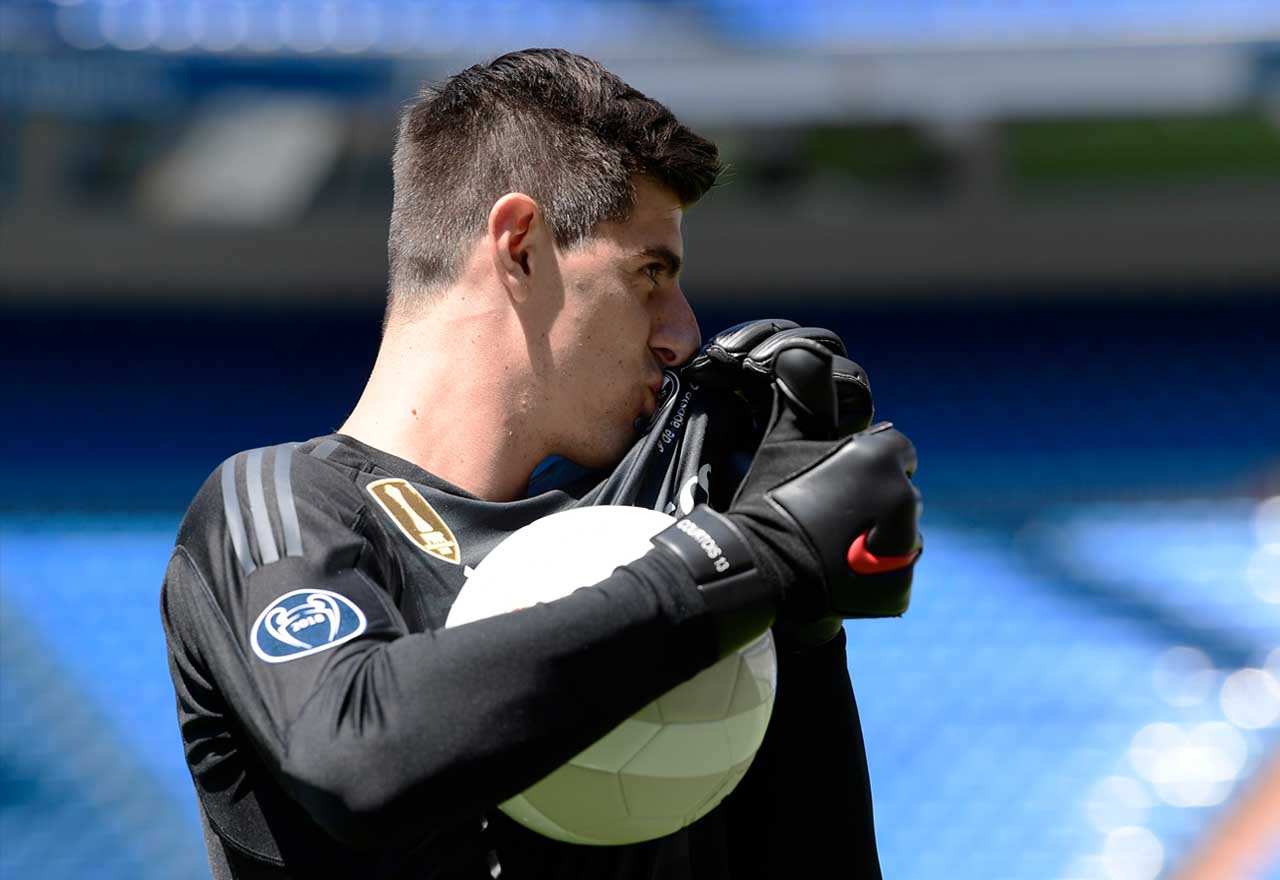 Thibaut Courtois’ plaque outside Atletico Madrid’s stadium has been vandalised. Oh no, what a disaster!

Courtois signed for Real Madrid after deciding against returning to Chelsea training. He disrespected the fans and his teammates in going AWOL – tainting his legacy here in doing so.

When being presented at the Santiago Bernabeu, the former Atletico goalkeeper also opted to kiss the Real badge, just days after leaving Chelsea. It was a slippery move from a slippery man.

Chelsea fans have turned on Courtois, but we’re not alone. Atletico fans are in uproar too. Courtois had a special place in their hearts after spending three-years on loan with them – but no longer.

Each player to play more than 100 official games for Atletico has had a plaque dedicated to them outside their newly-built Wanda Metropolitano stadium. It was an obvious target for angry Atletico fans, who took their opportunity to have vengeance.

Outside the Wanda Metropolitano, the Thibaut Courtois plaque is getting lots of attention. Someone has sprayed ‘rata’ in graffiti over it, others spit and pour beer. Two security guards stop further vandalism… #Atleti #RealMadrid #AtletiInter pic.twitter.com/VLZImJbpOp