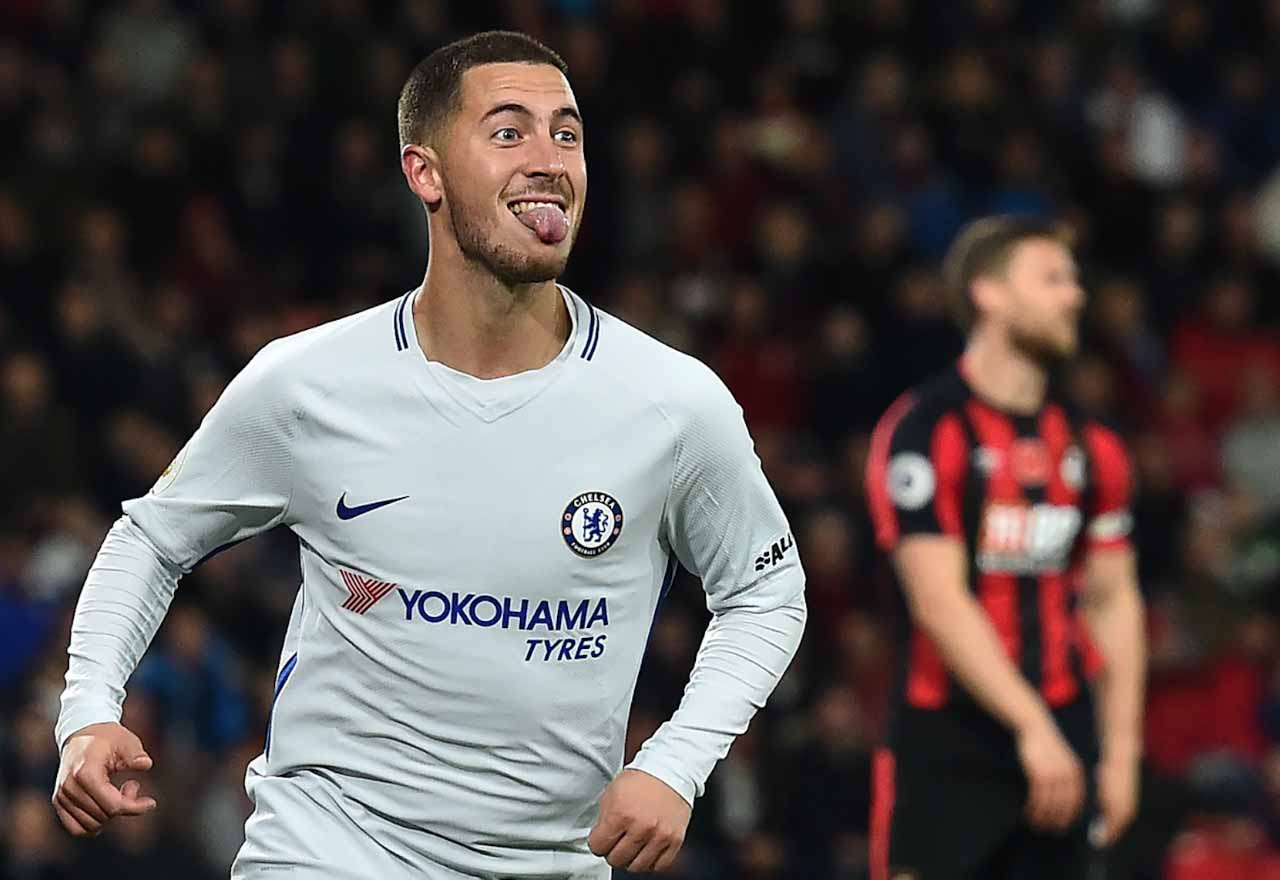 Jamie Carragher has been waxing lyrical about Chelsea forward Eden Hazard following the Belgian’s masterful performance against West Brom at the weekend.

Hazard was phenomenal at the Hawthorns, finding the back of the net on two occasions and signing and sealing Tony Pulis’ P45 in doing so. Eden Hazard was in fine form for Chelsea against West Brom at the weekend.

After missing the start of the season with an ankle injury he sustained while on international duty in June, Hazard appears to now be hitting top gear – and Chelsea are benefitting from it.

Former Liverpool centre-back Jamie Carragher, who now works as a pundit for Sky Sports, appears to have been impressed by Hazard’s recent form.

Carragher is quoted by the London Evening Standard singing the praises of Hazard:

“If I think of all the No.10s in the Premier League – [Mesut] Ozil, [Alexis] Sanchez, [Christian] Eriksen, Dele Alli and Philippe Coutinho at Liverpool – I still have him as number one.”

“I think he’s an absolute superstar. He was superb against Manchester United. But he’s finished it off with goals in this game [West Brom].”

One of the best in the world

On his day, Hazard really is one of the best players on the planet. If he continues to play in this manner, both domestically and in Europe, he will finally be in the conversation when we talk about potential winners of the Ballon D’Or. Chelsea winger Eden Hazard will be a Ballon D’Or candidate if he continues to play as well as he has recently.

Best player in the world wants his club to move for Chelsea sensation
Chelsea injury news: Antonio Conte has triple injury headache ahead of Qarabag