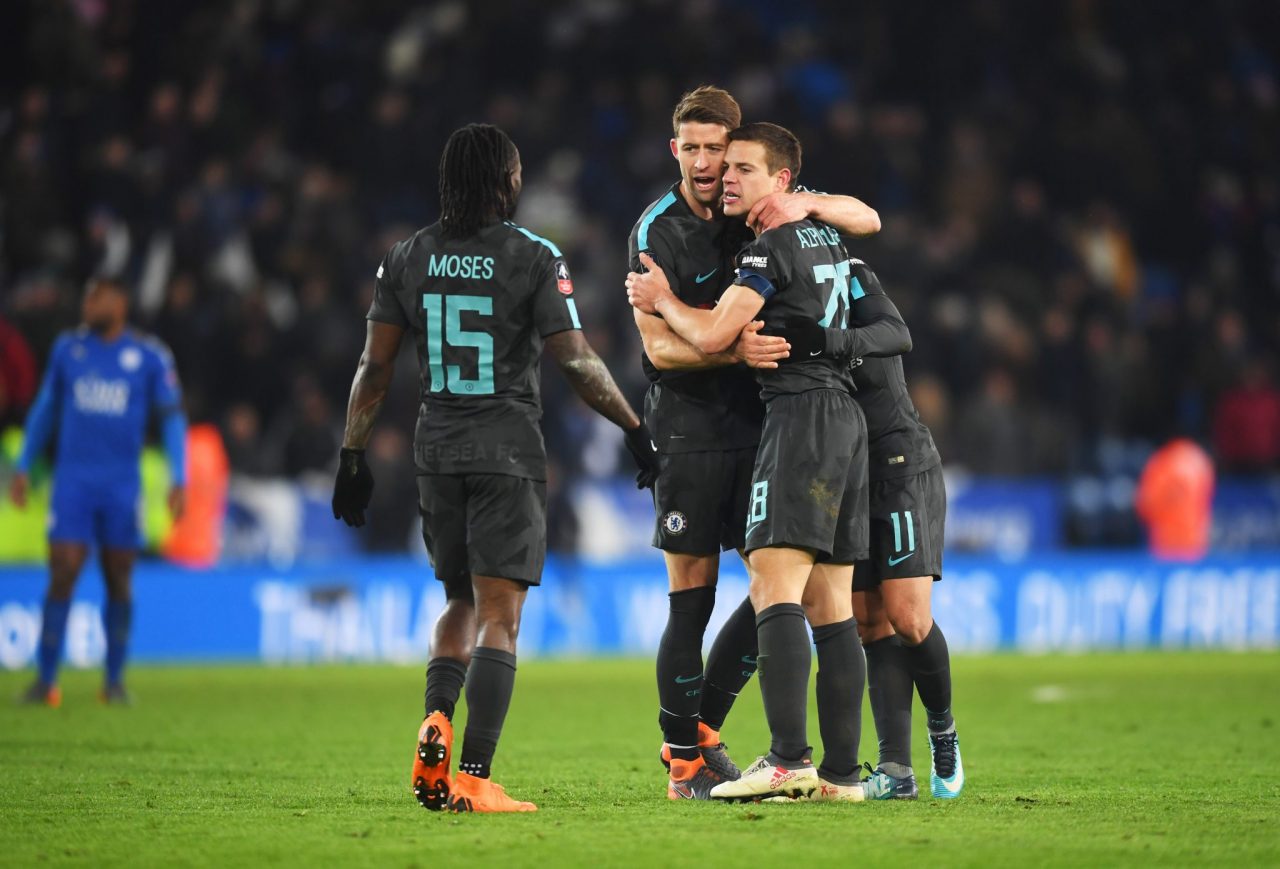 Chelsea scraped to a 2-1 extra-time victory against Leicester City as the Blues booked a place in the semi-finals of the FA Cup.

It was a tense clash between the two teams with the champions edging the first half, thanks to Alvaro Morata’s strike that broke his four month wait for a Chelsea goal.

The in-form Willian broke away on the counter attack as the striker was found one-on-one with the goalkeeper, slotting the ball past Kasper Schmeichel.

However, the home side responded at the King Power Stadium and deservedly got back into the match as Jamie Vardy scored from close range.

Willy Caballero did all he could to prevent the equaliser, stopping several efforts from the Foxes in the build-up to Vardy’s equaliser in the 76th minute.

For the remainder of the 90 minutes, the game was gradually heading to extra-time in what was a pulsating match. Just when it looked like both sides wouldn’t be separated after the interval, N’Golo Kante, who was superb throughout the match, picked out Pedro with a looping cross that fooled Schmeichel in goal.

Chelsea managed to hold on, earning Antonio Conte and his men a much-needed victory after being knocked out of the Champions League on Wednesday.

The Blues now face Southampton in the last four of this domestic competition at Wembley in April, here are our player ratings from Sunday’s match: