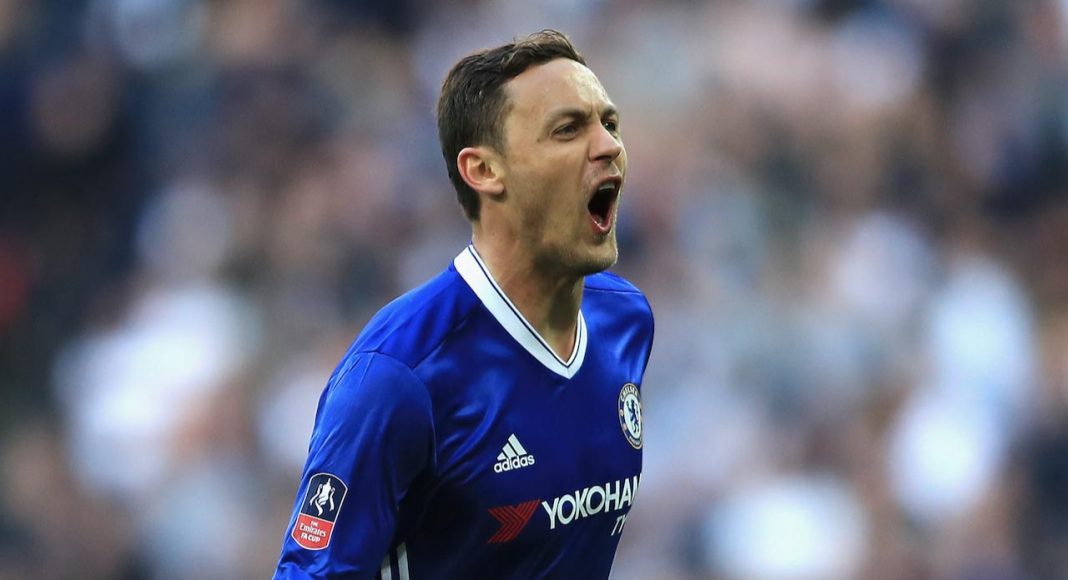 Manchester United midfielder Nemanja Matic appears to have forgotten that it was Chelsea who turned him into the player he is today.

Matic was brought into the big-time by the Blues in the summer of 2009, departing Slovakian minnows Košice and becoming a Chelsea player.

He found himself unable to break into the first-team setup during his first stint with the West London side, but returned a different beast in January 2014.

Having developed into one of the best holding midfielders in the world at Benfica, Matic was granted a leg-up to the next level by then Chelsea manager Jose Mourinho.

Though his personal performances yo-yoed throughout his three-and-a-half-years, Matic won two Premier League titles, the League Cup, as well as bagging a PFA Team of the Year inclusion.

He was remembered fondly among Chelsea fans, despite joining Man United. Until now…

A Chelsea supporter on Instagram made a harmless joke about United, rather than Matic himself, insinuating that they will not be winning the Premier League title anytime soon.

The Serb appeared to take it personally, firing back with a dig highlighting Chelsea’s failure to qualify for the Champions League. See the below image.

Matic is well within his rights to stand up for himself, but he hasn’t only disrespected the Chelsea fan in question, but the whole fanbase.

He appears to have no loyalty to club which paid his wages for several years and provided him with the platform to establish himself among the elite.

It’s incredibly disappointing to see that a player who achieved such an amount of success here has effectively turned his back on us.

Thankfully, having a midfield consisting of N’Golo Kante, Jorginho and Mateo Kovacic softens the blow of Matic’s ungratefulness.

He wouldn’t even make our bench…