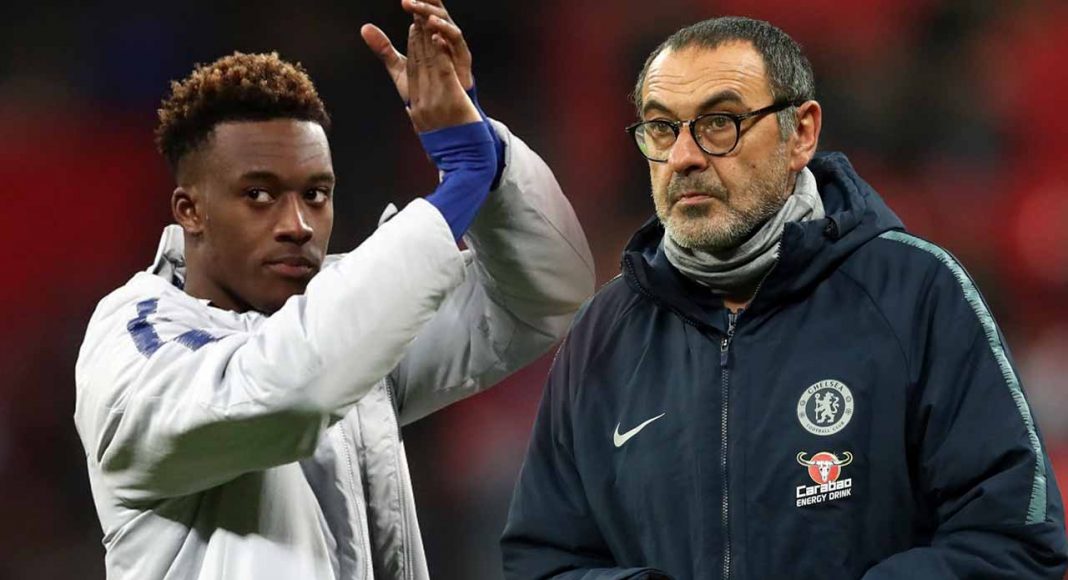 Maurizio Sarri has insisted that Callum Hudson-Odoi has not been distracted by continual reports linking him with a move to Bayern Munich.

Bayern’s interest in Hudson-Odoi has been the story of the transfer window so far. It’s such a great concern to Chelsea fans that it has completely distracted us from the signing of Christian Pulisic from Borussia Dortmund.

Though there have been claims that Hudson-Odoi has his sights set on a move to the Allianz Arena, he didn’t strike a figure who wanted out during our 1-0 loss to Tottenham yesterday evening. Quite the opposite.

Hudson-Odoi was one of our better players on the night, and Sarri revealed following the game that the speculation has had virtually no effect on the youngster. He’s quoted by the Daily Mail saying:

“Odoi in the last week has been very normal. I have seen him every day in training, he has been really very normal. He is improving, in the last match he played very well and also today I think a very good match.”

“He played like a player of 25 or 26 years, I think – very good match of application, very good in the defensive phase, very, very good. He was completely normal in this period. I don’t know, maybe he doesn’t read anything.”

Let’s hope that Hudson-Odoi’s behaviour isn’t a facade and he’s genuinely focused on the task at hand for him at Stamford Bridge. #DontLetCHOgo

Previous articleTransfers: Striker ‘hours away’ from signing for Chelsea in wake of Spurs defeat
Next articleShocking stat proves the change Maurizio Sarri needs to make to get Chelsea scoring