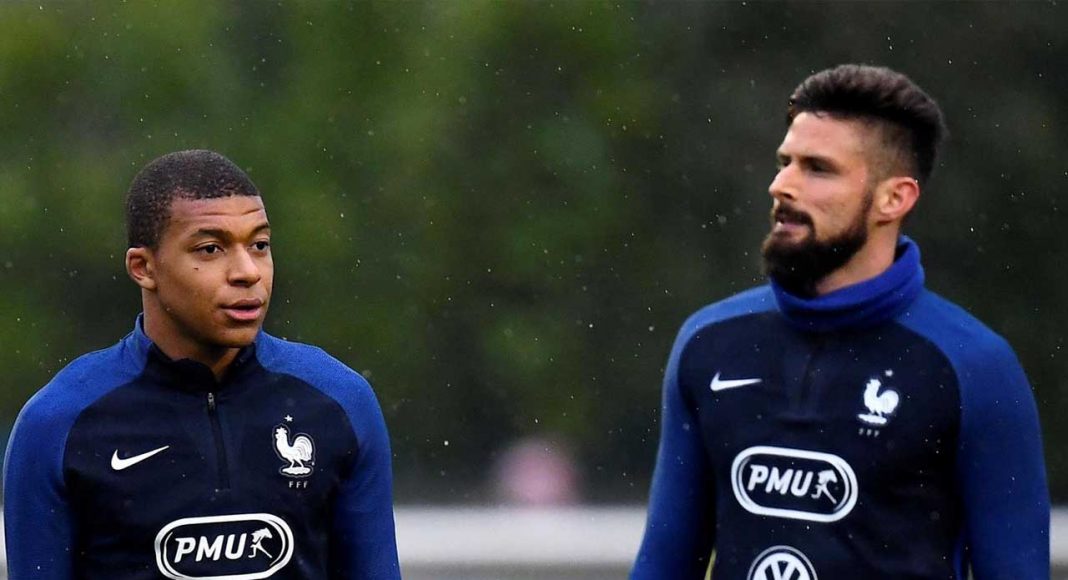 Olivier Giroud knows a good attacking player when he sees one. He’s played with some of the best throughout his career. From Eden Hazard and Antoine Griezmann, to Karim Benzema and Kylian Mbappe. He appears willing to place Callum Hudson-Odoi in that bracket.

That’s some compliment, especially for an 18-year-old, but why not? There is a reason that Bayern Munich, one of the biggest clubs on the planet, is bending over backwards to attempt to lure Hudson-Odoi to the Allianz Arena. He has world-class potential waiting to be harnessed.

There is an obvious comparison to be drawn to Mbappe, with both players showing extreme quality at an incredibly young age. Hudson-Odoi will have to wait four years to have a shot at winning a World Cup, but nothing’s stopping him from developing into that level of player in the meantime.

Giroud believes that he can do it. The Frenchman, who has the pleasure of watching Hudson-Odoi in Chelsea training, has made the comparison between the coveted youngster and PSG’s Mbappe, who has scored 25 goals in 30 appearances for PSG so far this campaign.

Hudson-Odoi has a long way to go, of course, but nothing’s stopping him, barring any major injury or Maurizio Sarri staying in charge of Chelsea beyond this season. Whether he does it at Chelsea, or at Bayern, we would be delighted to see one of our own at the summit of the football world.