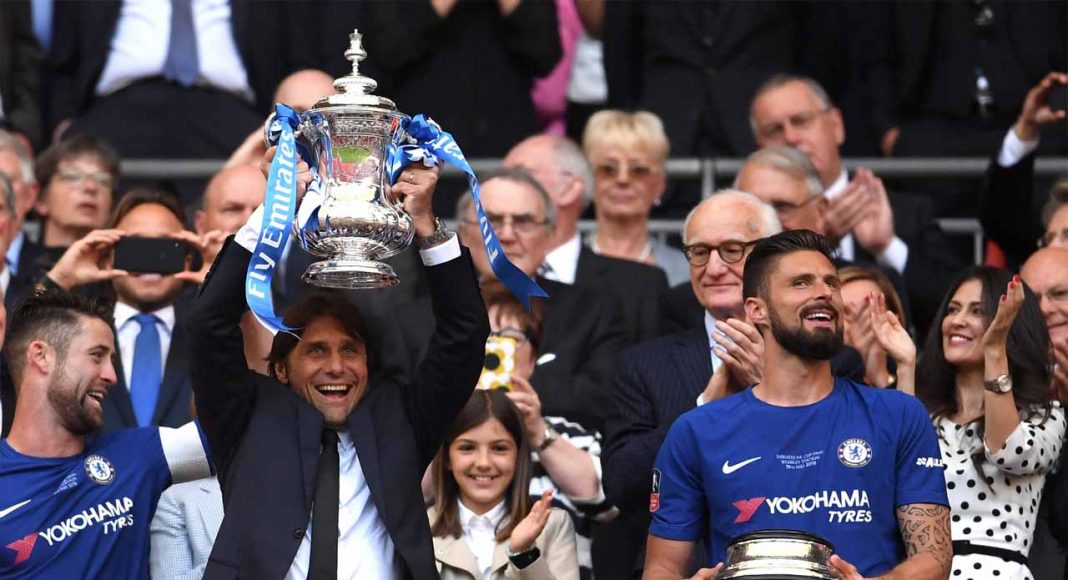 Olivier Giroud believes that it would be ‘sad’ if Antonio Conte were to leave Chelsea following the Blues’ FA Cup triumph on Saturday afternoon.

Giroud’s time working under Conte has been short. The Frenchman only moved to Stamford Bridge in the January transfer window, but it didn’t take long for him to establish himself as our starting centre-forward.

Arriving from Arsenal, we all knew what Giroud was capable of, and at times this term he may even have surpassed expectations – a la his match-winning performance against Southampton.

He’ll no doubt be raring to go for his first full season as a Chelsea player, but it is yet unclear who will be holding the reins in West London when the 2018/19 campaign comes around.

Conte’s future has been under the spotlight for months now, and it’s fast becoming a widely accepted view that he is set to depart. Giroud’s hoping that he stays put.

“It will be sad if the manager will leave. We need to move on – I have got a World Cup and then I will think about next year. I want to win some more trophies with Chelsea.”

Should Conte stay, Blues? Or is his time as Chelsea manager up? Let us know what you think in the comments.

Surely both the club and the manager did their homework on each other before committing initially? Can’t see how its come to this position. Can only think that the club promised him something they were not going to follow through. He in turn should have extended his contract when he… Read more »

He is so emotional, he has won Seria A three times , took an average Italian team to the quarter finals of Europe, won the EPL with a team who the previous year could manage only 10th and a semi final in the FA cup, then 5 th and an… Read more »

You are so On point, he won with an average team then suddenly decided to express his frustrations publicly and transmit very low morale to de players.spurs got less bt poch made no noise.m