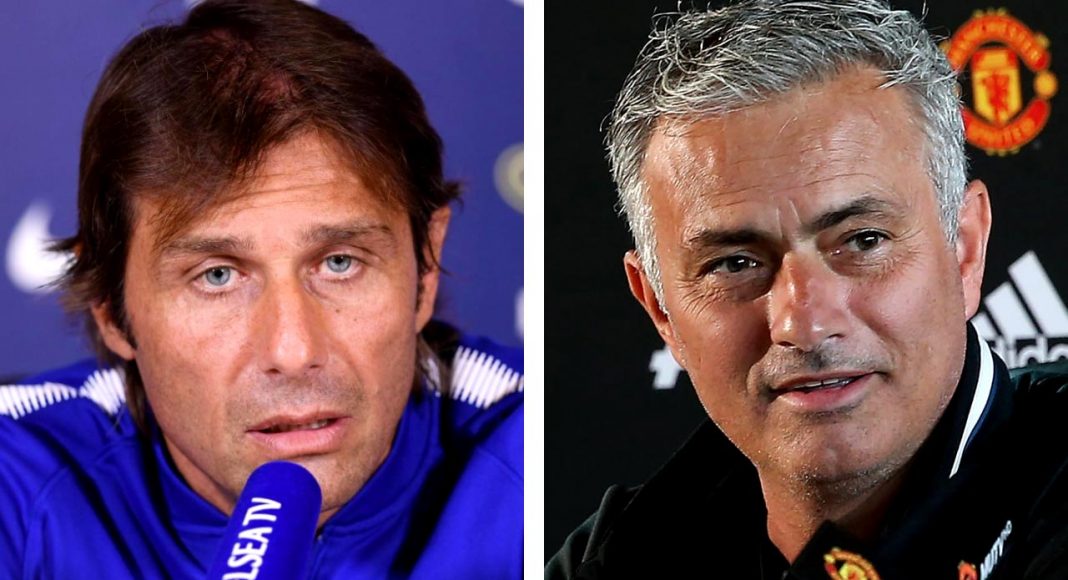 The bitter feud between Jose Mourinho and Antonio Conte looks to be coming to an end at least for now.

An Italian TV crew saw the funny side of what’s been the biggest managerial rivalry this season.

The Portugese thought he was going to get bombarded with questions about Chelsea target Alexis Sanchez.

Mourinho was somewhat embarrassed as he was presented with a Manchester United jersey with Conte’s name on the back of the shirt.

At least the former-Chelsea manager saw the humour in the situation just outside the Lowry Hotel.

Being one of the most known about coaches in football, Mourinho really wouldn’t have seen this coming.