Talk Chelsea
Home News Revealed: The real reason Chelsea have not yet announced appointment of new... 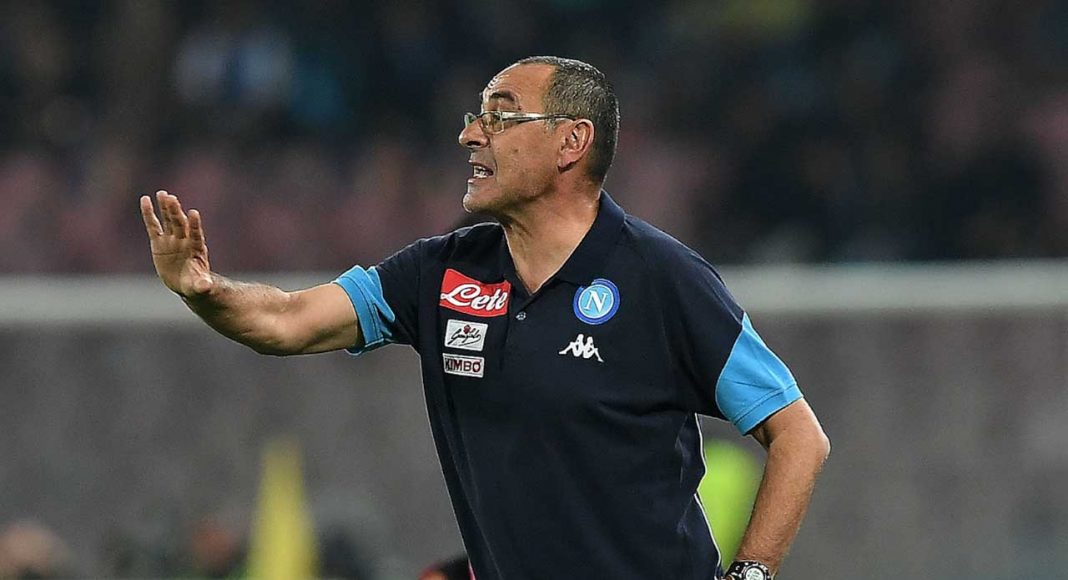 Napoli are reportedly blocking Maurizio Sarri’s path to Chelsea in fear that he will return to poach some of his former stars.

It feels like only a matter of time before Sarri is announced as Chelsea’s new manager. Antonio Conte has been a dead man walking since we missed out on Champions League qualification, even though the Italian finished the season with triumph in the FA Cup.

With the transfer window due to close on August 11th, Sarri will not have much time to get his squad ready for the start of the new season. As soon as he signs along the dotted line, we imagine he will get to work on the transfer front, alongside Marina Granovskaia.

However, the Mirror believe that Aurelio De Laurentiis is adamant he will not allow any of his Napoli players to follow Sarri to Stamford Bridge. In fact, it’s this fear that has stopped De Laurentiis releasing his former manager from his contract.

Napoli cannot hold Sarri hostage forever, especially with Chelsea now seemingly ready to stump up the cash in order to seal his release. We would expect official confirmation of the deal to (finally) come this week.

Chelsea is Sarri the only coach on the planet earth what nonsense are you doing after wasting time you will now put a blame to the coach, chelsea owner and board are the reason be hide the failure of Chelsea last season. you have started again.