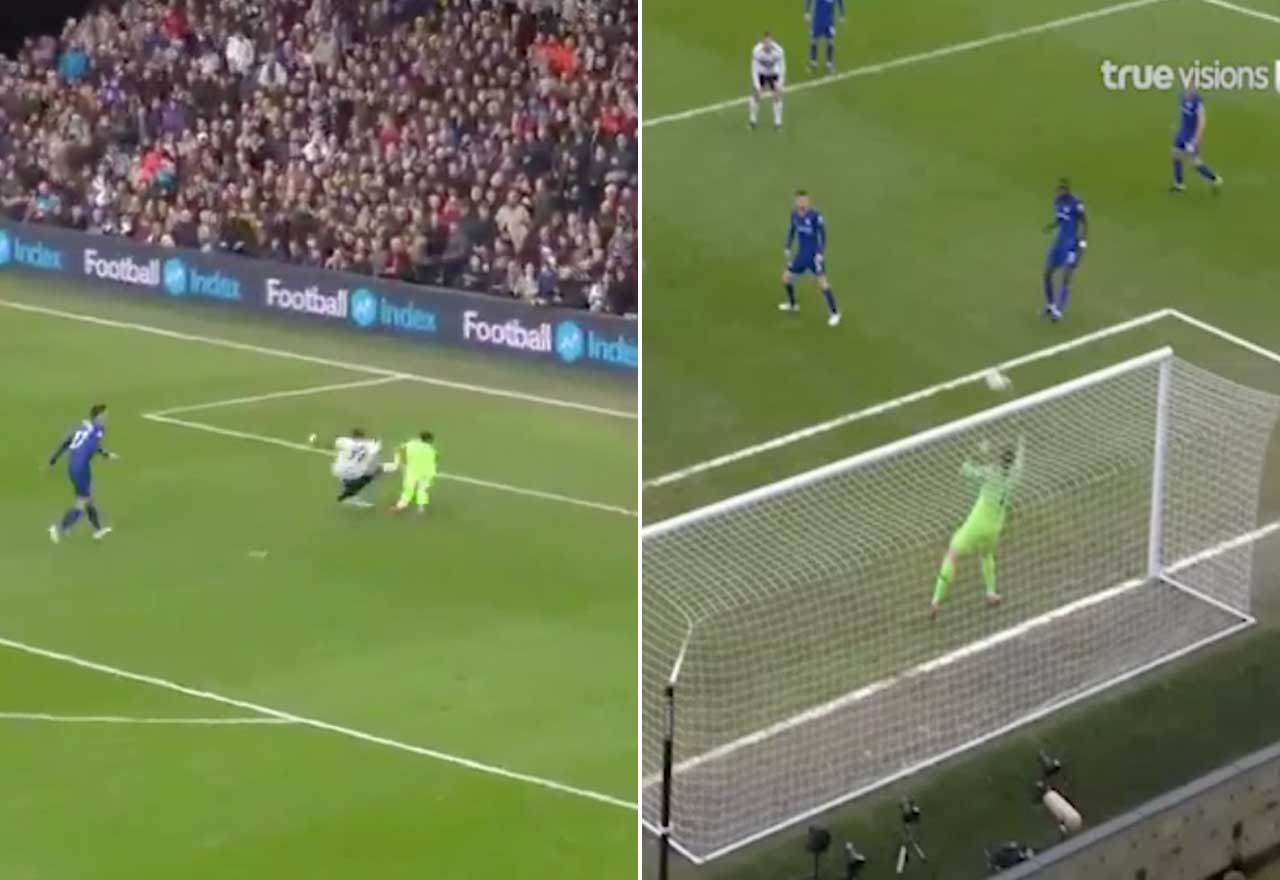 All eyes have been on Kepa Arrizabalaga at Craven Cottage during the first-half – and it’s been a mixed bag for the returning goalkeeper.

Kepa was left out of the starting eleven for Chelsea’s win over Tottenham midweek. The decision was an assertion of authority from Maurizio Sarri, but one he clearly saw as sufficient, with Kepa returning to the side for today’s clash with local rivals Fulham.

He’s been a busy man in the first-half, making a world-class save, almost gifting Fulham a goal and having to pick the ball out of his net. We’ll start with the positives, with the main one being this cracking reflex save. Imagine if David De Gea pulled this off…

It’s just as well that Kepa pulled this out the bag, he will have needed to regain the confidence of his defenders following an almost catastrophic spill earlier in the half. If Ryan Babel was more alert to the situation, Fulham would have been 1-0 up.

The returning Chelsea goalkeeper drops the ball to the feet of Ryan Babel – but the Fulham striker doesn’t realise!

(Video) Jorginho sends message to his critics with gorgeous goal vs. Fulham
Higuain saved Chelsea from being embarrassment of English football – here’s how