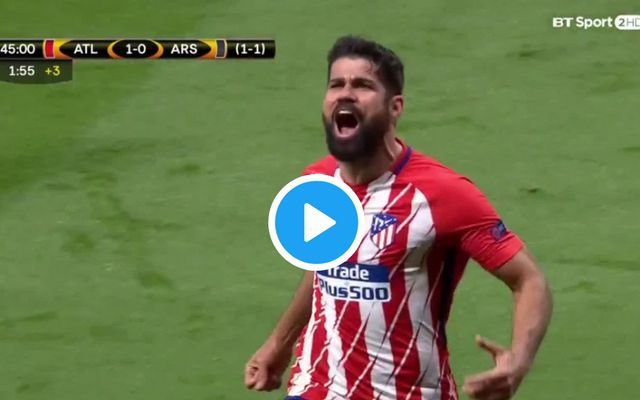 Diego Costa terrorised Arsenal once again as he sent Atletico Madrid to the Europa League final, scoring the only goal in the 1-0 win against the Gunners.

Costa, who was brilliant in seeing off Arsene Wenger’s side with his overall presence and link up play with Antoine Griezmann, was a nuisance for his opponents.

With the tie delicately poised at 1-1 on aggregate approaching half-time in the second leg at the Wanda Metropolitano, the 29-year-old’s composure in the box gave his side a crucial lead at a vital time.

It was a resolute performance by the former Chelsea striker and the majority of Blues supporters miss the times of him constantly leading the line at Stamford Bridge.

The worst time to concede a goal!

Diego Costa puts Atlético ahead on the stroke of half time! pic.twitter.com/tDMoiJG00C