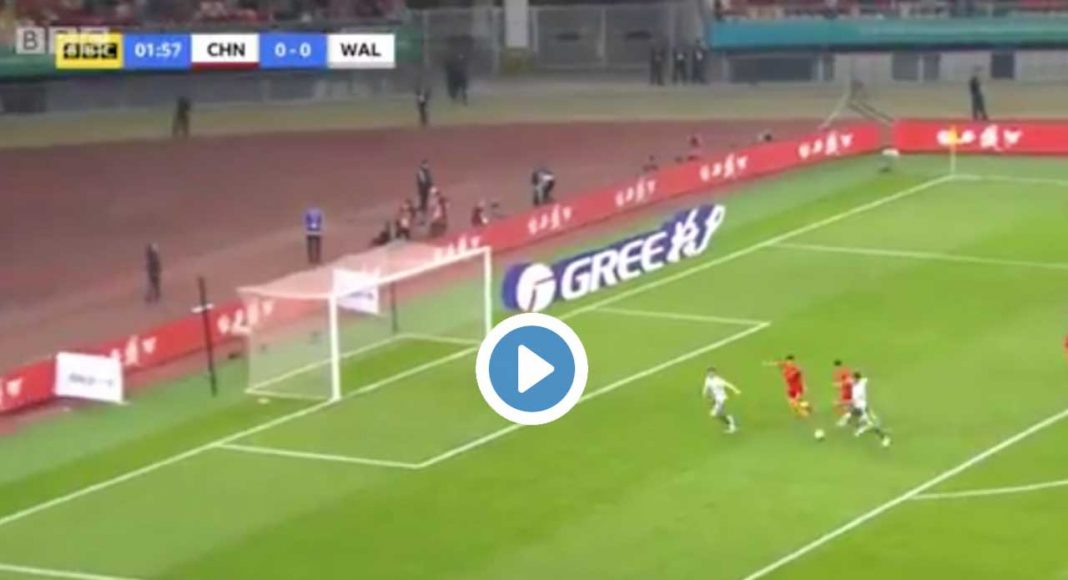 Chelsea are one of a host of teams that a thought to be interested in signing Real Madrid winger Gareth Bale.

The Welshman proved his Premier League credentials during his time as a Tottenham Hotspur player, and if recent reports are accurate, he could soon be returning to these shores.

Spanish publication Diario Gol have reported that following a conversation with Real Madrid president Florentino Perez, Bale has been given the green light to leave the Santiago Bernabeu. (For the full details on that story, click here.)

Following a host of injury problems and periods being rotated in and out of Real Madrid’s side, question marks have risen as to whether Bale is the player he once was.

However, the former Spurs talisman sent a message to his doubters on Thursday afternoon by bagging a hat-trick while on international duty for Wales against China.

In doing so, Bale equalled and surpassed Ian Rush’s record, meaning he is now the all-time leading goalscorer of the Welsh national team.

You can see all three of his goals below. Would he be a good signing, Blues? Is he the man to replace Eden Hazard? Let us know in the comments.

What a start to the China Cup!

There’s only one Gareth Bale.

⚽ He completes his hat-trick to take his tally to 29, breaking Ian Rush’s record #CHNWAL