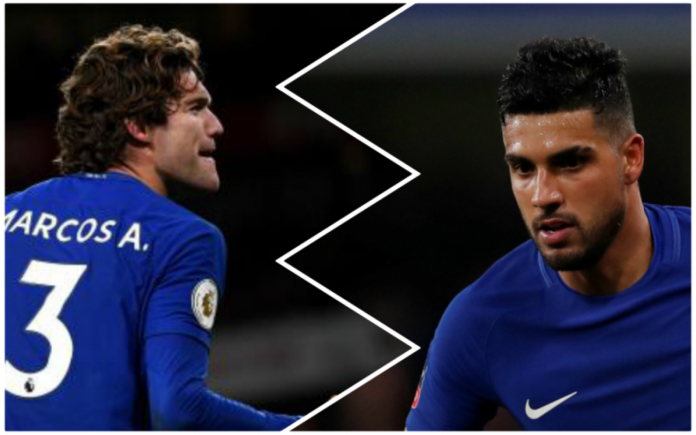 Ask Chelsea fans who they would prefer to be their starting left back next season and most of them will say Emerson Palmieri.

His rival for the role, Marcos Alonso made himself into quite the cult hero at the club over the course of his first two seasons, but within 6 months his dreadful form had lead to the tides turning rather dramatically. He is now second best both in the opinions of the fans, and in the mind of Maurizio Sarri.

The interesting thing here is that WhoScored think the Spaniard has had the better season. They record his Premier League average ratings as a 7.13, with the former Fiorentina man picking up 4 assists and a goal in 28 starts.

Emerson on the other hand has a rating of 6.59, with no goals and no assists in his 7 starts.

Stats don’t tell the whole story however, and that’s the case here. Emerson should still be under pressure as he’s not playing too well either, but without doubt the former Roma man is our favoured option for the rest of the season there.