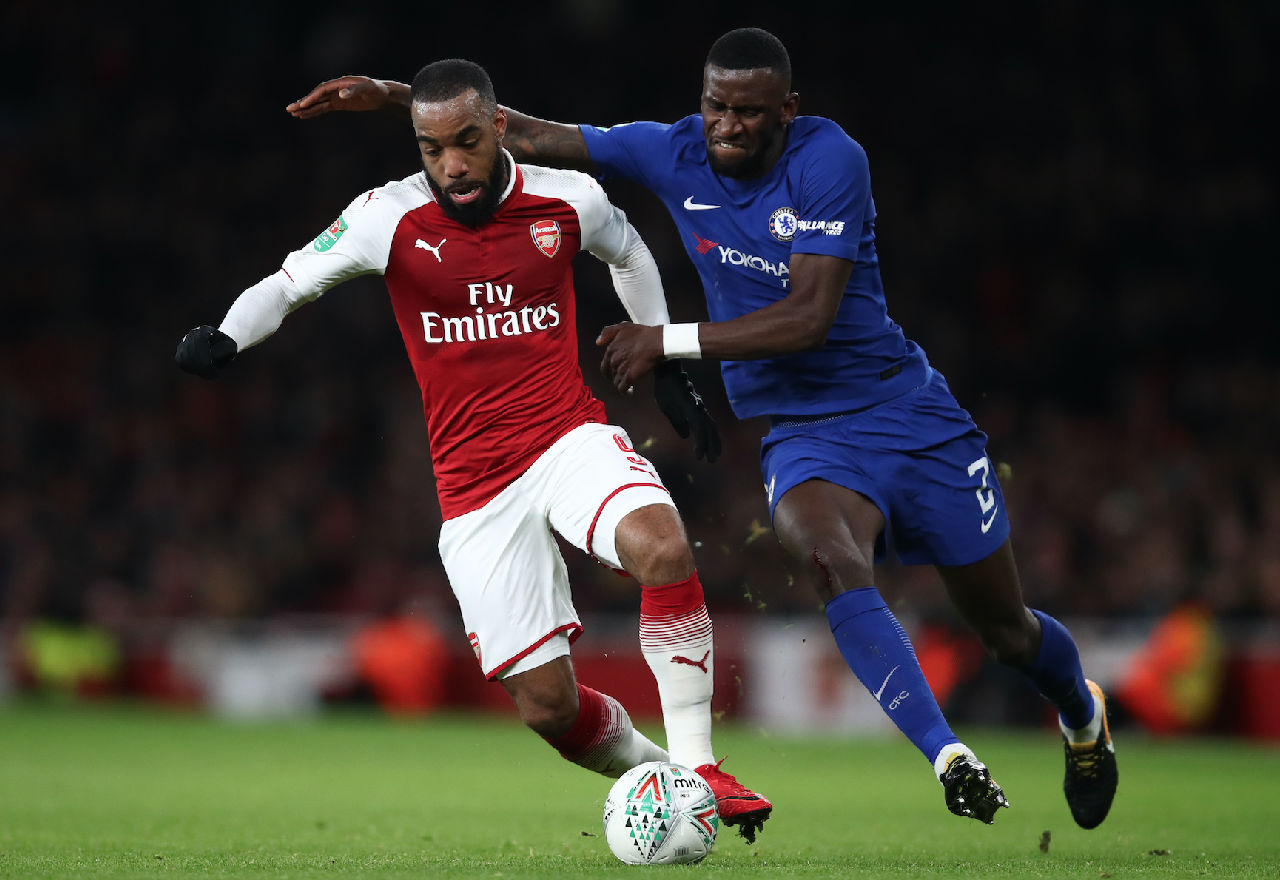 Frank Lampard had some very important decisions to make for today’s game against Bournemouth in the wake of a thrashing at the hands of Bayern Munich.

One big question was whether he would stick with the formation that had done so well against Spurs, but was then shredded on Tuesday night. He’s decided to keep the faith, picking a five man defence once again.

That means three central defenders in the side, and for the first time since his recovery from injury before Christmas, Antonio Rudiger is not among them.

Cesar Azpilicueta’s ability to play in the centre of a three means there’s still only space for two more at the back, and in this game Andreas Christensen and Fikayo Tomori have been given the nod.

Rudiger has played consistently when available for Lampard, and this change represents a significant shift in the pecking order which has previously had the German star at the very top.

Fans have been calling for Tomori’s return for some time, and have been puzzled at why it’s taken so long for him to get another shot after he had some outstanding games back in the Autumn, before Rudiger was fit.

A good performance today could spell an extended period in the team for Tomori, and if he nails down that spot for the rest of the season, Rudiger’s long term future may be in question.

His ability is evident on some days, but the frequency of errors he commits makes it hard to see him as a true number one. Frank Lampard may well want a top new option in that position this summer, and if Tomori and Christensen are kept as talented home-grown options, Rudiger may be the one considered expendable.

One thing he has brought to a young team is a touch of experience, but if the club aim for a major defensive transfer this summer, they will be probably be looking to someone who can bring similar qualities to replace those they would lose in the form of the Germany international.

Of course this will all look very premature should Rudiger return to the team and finish the season strongly. Selling him wouldn’t be taken lightly at any level of the club. He has the ability to play for a top team, and there would be plenty of them out there willing to take a punt on him to try and coach some consistency into him – if Chelsea do decide to cash in.

But his future at Stamford Bridge is certainly now more in doubt then ever before. His coach has lost patience in him, and we wouldn’t be surprised if this is the beginning of the end of Rudiger’s time in West London.

What is really the problems in chelsea football club now