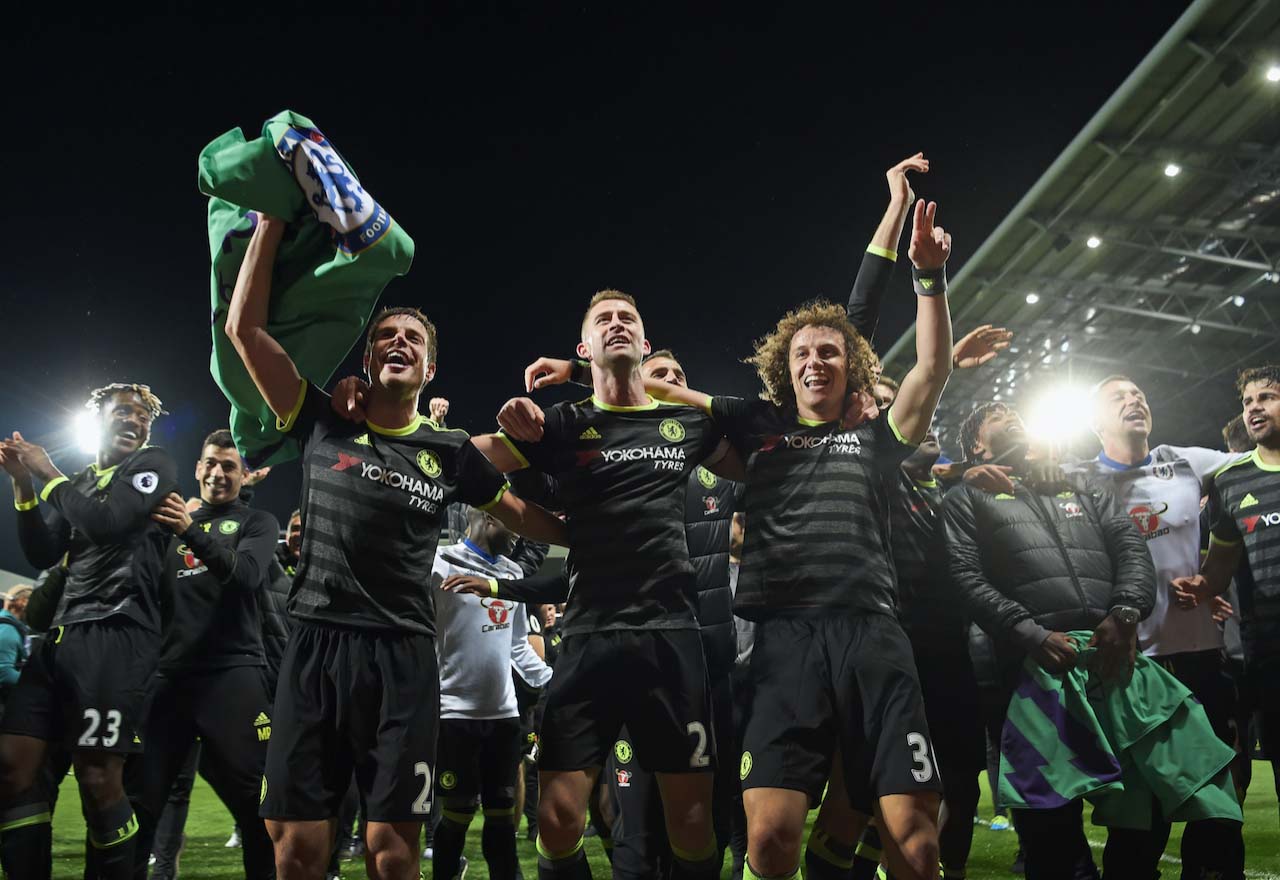 John Terry, Nathan Ake, and Asmir Begovic are among just some of the names that have left Stamford Bridge this summer.

Quite frankly, the number of outgoings during this window has been nothing short of an exodus. Of course, it’s important to refresh the squad after winning the Premier League title last season by getting rid some of the deadwood around the club. However, the Chelsea hierarchy appear to be swinging the sword like there’s no tomorrow!

With four competitions to think about this year, we ask whether the current Chelsea squad is too small to challenge the likes of Manchester United and Manchester City for trophies next season.

Now, some players were expected to leave this summer. John Terry has been at Chelsea for nineteen years in a career which has seen him win everything as the club’s captain. Last season, Terry made only a handful of appearances for Chelsea as Conte employed Cahill, Luiz, and Azpilicueta at the back.

Unable to get back into the first team and with Terry looking to play for as long as he can, Chelsea allowed their “captain, leader, legend” to leave the club he has served since a boy for Aston Villa.

Although nobody would have wanted the departure of John Terry, the club hierarchy done well to sign Antonio Rudiger and recall Andreas Christensen from loan in order to fill Terry’s boots.

Likewise, Asmir Begovic’s time at the club reached an end this summer. After warming the bench for two seasons and picking up a Premier League winner’s medal, Begovic was sold to Bournemouth in order to get regular football.

Willy Caballero was signed on a free from Manchester City by the London club to replace the outgoing goalkeeper. Again another good move to replenish the Chelsea squad.

However, the club’s decision to to let go of some of the other players who look set to or have departed the club already are puzzling above all because it leaves Antonio Conte with very few players to work with, 22 to be exact.

One player who looks like he is being unnecessarily pushed out the door is Nemanja Matic. As per The Sun, the Serbian destroyer is attracting the attention of Manchester United and Juventus who are both interested in signing the powerful midfielder.

For many fans, Matic is still at the peak of his powers. The Serb is a brilliant professional who gets on with his job and has experience of playing in big matches and being part of title challenges.

Although the arrival of Tiemoué Bakayoko from Monaco will limit his playing time, is Matic not the type of player that Chelsea should be trying to keep hold of with the rigors of Champions League football next season? With Matic, Kante, Fabregas, and Bakayoko to choose from, Chelsea would boast one of the strongest midfields in the word.

Another name who looks almost certain to leave the Blues this summer is Diego Costa. According to the Spanish media outlet Marca, Costa has been given the green light to return to Atlético Madrid.

Now, I think we can all agree that at times the Spanish striker can be a massive pain in the backside with his persistent winging and dirty tricks on the field. However, Diego Costa is one of the best strikers in the world.

For me, Costa is the grit in a team which you need to win a title. With his never-die attitude, the forward has helped Chelsea to win two league titles, contributing 54 goals. Although it is probably best for both parties that the Spanish striker leaves this summer, Costa is a striker who is going to be extremely hard to replace…

So far we have spoken about established first-team players, but, just as important to the squad are the club’s younger players.

This summer the Blues have waved goodbye to Nathaniel Chalobah, Nathan Ake and, Bertrand Traoré. All of these players have helped to support the team when a senior player has been suspended or injured. Without them Chelsea would have to field 16-year-old kids in order to register a match-day squad.

So, why are Chelsea getting rid of them and not bringing in replacements?

Take, for example, Nathan Ake. The Netherlands defender has been at Chelsea for years. His loyalty to the club is unquestionable and one can imagine that the defender still has ambitions of a return to Chelsea one day.

Impressing for Bournemouth on-loan last year, he was recalled by Antonio Conte to act as cover for the defence, even starting the FA Cup Semi Final against Spurs. The quality of the player was clear for all to see and, given his age, Ake could have have served the club for many years.

Would it not have been better to keep him on the books and ask him to wait for his break?

Moreover, the club have recently loaned out Ruben Loftus-Cheek and Ola Aina. Like Ake, both players made a handful of appearances for the the Blues last season, allowing Antonio Conte to rest his first-team regulars. With these two players gone, the Italian manager will not be able to rotate his star names and, in a season where the club is fighting on four fronts, this seems like a mistake from the Chelsea hierarchy.

Although the club has to keep a close eye on the amount that it spends on wages and has to release those players who they believe no longer have a place at Chelsea, the volume of names leaving the club this summer is alarming. And with very little transfer activity to find replacements, Antonio Conte faces challenging for the Premier League title with a weakened and depleted squad.

Is the Chelsea squad too light? Which players do you think we should have kept hold of this summer.

Leave your thoughts and opinions in the comments below.

The sale of Nathaniel Aka for me was too sad. Chelsea should hold on to the guys available like matic and Diego Costa I think they still have A lot to offer given the amount of games Chelsea will play this season we can’t afford tied legs.

Please keep Matic, his too gud to be sold, Chelsea will regret selling him to Man united

If matic goes we might not make it even through the last 16 of the UCL.
We also need a second strong striker to sometimes rest Morata. Bertrand traore could have helped unfortunatly he was sold.
Just hope we’ll buy another good striker and keep Matic as well

Pasalic should be a cover for magic and shouldn’t be allowed to leave. At right wing back, azpi moses and rudiger can manage it,but I think we need another left wing back, to start or cover for Alonso, or Kennedy should be groomed to play there.

Aka is d main young player 2 keep,some times,i do think if chelsea as a team,do think wel before selling their player…let go back,the likes of mata,lukaku and the rest player’s that are being sal by chelsea.., ar prfrmin so wel and nice,and also being the key players 2 their… Read more »

Please, i suggest the club should let d like of Ake, chalobah and aswell neva let go of matic. Abeg, this players are unexceptional, but hence the other have gone then, let d club refrain from selling Nemanje Matic.

CHELSEA should have leave Axe & Chaloba