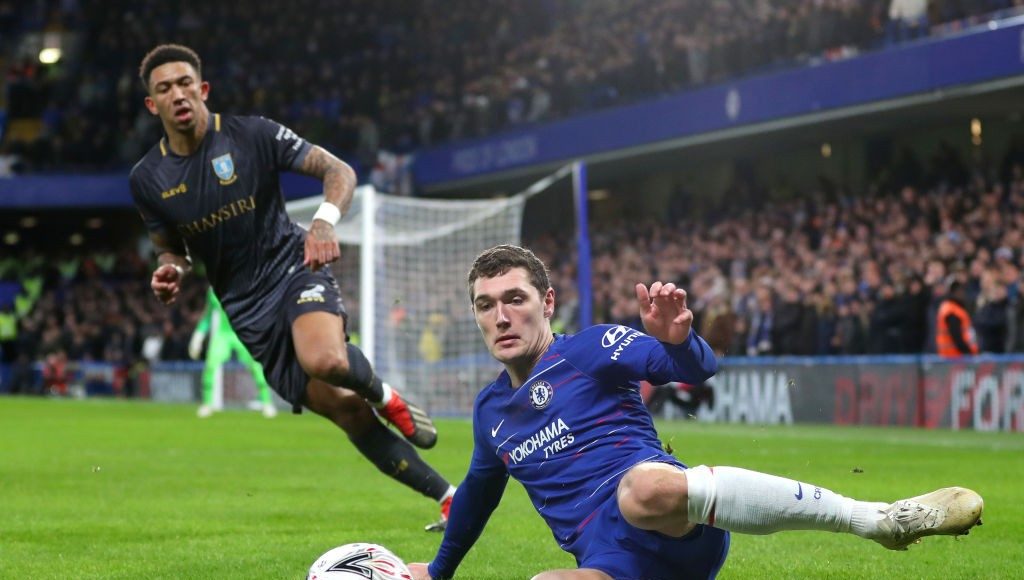 Chelsea welcomed the return of Antonio Rudiger to full training last week. He hasn’t featured in a first team match yet, and is just gaining his match fitness back.

But he will soon be in the fold again once more, and many believe that he will then become the first centre back on that team sheet.

I however believe that will be Andreas Christensen, and the argument will be whether Rudiger can displace Kurt Zouma.

Christensen is our best ball playing defender after David Luiz left. And this type of quality is very important for a team like Chelsea, who play out from the back.

That’s why the Dane, is a starter for me every time.

Zouma has also played well, apart from his mistake filled game against Manchester United on day one. Since then though, he’s stepped up.

I rate Rudiger highly, but he isn’t going to find it quite as easy to get back into the team as some might think.

Yes the defence are leaking goals and his leadership and experience will definitely help in that department.

But we must remember defending isn’t just down to the defenders. It’s actually the midfield that have looked vulnerable defensively, being far too easy to cut through.

It is Rudiger and Tomori

Lampard slow down with the experiment. Somebody need to tell him that you don’t bring on players like Gilmore in a game you are barely winning. Secondly, he should strive to get all available points from mid and lower table teams. Today’s performance was below par. Too slow, way too… Read more »

Rudiger will displaced Zouma immediately he returns. That’s it

Correction…Rudiger is a guaranteed starter, it will be between Christensen and Zouma.