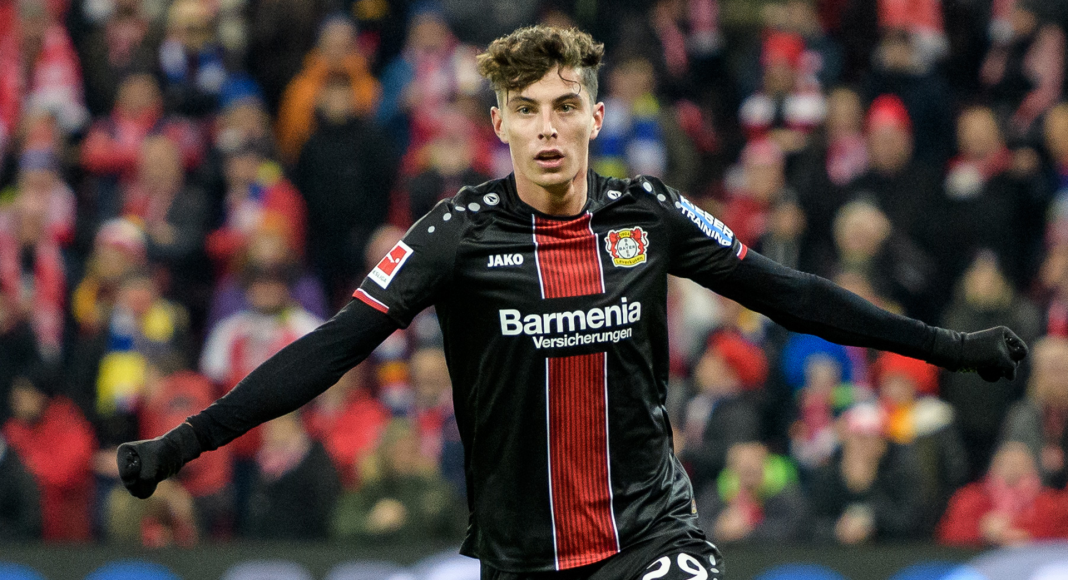 Kai Havertz was already one of Europe’s most in-demand young players, but the last few weeks have truly seen him ascend to the next level.

The Bayer Leverkusen star has taken full advantage of playing in the only top league currently in action, scoring 5 goals in the 4 starts he’s had since football returned from the coronavirus break.

These performances – and the lack of any other real action to talk about – has ramped up the paper talk about his future, and last night the always well-informed Nicolo Schira Tweeted the following:

It’s always felt unlikely Chelsea were going to compete for such a difficult and high-profile signing given their strategy over the last few years, but this news brings fresh life to the idea. If it’s true they’re interested, they might just be the best placed to sign the 20 year old this summer.

Real Madrid have a massively bloated squad already, and in a unique summer like this it seems impossible that they will be able to sell enough of them to make a deal for Havertz feasible.

Even if Arsenal are willing to stump up the massive money it would take to buy him, they would also have to persuade him to join them, which would be a challenge in itself.

That leaves just Chelsea and Bayern as serious options – which sounds promising. Munich are apparently close to signing Leroy Sane from Manchester City, a move that is bound to eat up a large part of their budget. While rich they are also prudent, and there’s no way they will be signing two marquee players at once in a summer like this.

The problem really is that if Bayern want a player, they usually get them. That’s especially true when it comes to German talents playing in the Bundesliga. It’s rare that they let one slip through their fingers, and they can offer the youngster guaranteed titles in a way that even Frank Lampard’s Blues cannot.

So without making an unbelievable offer that blows the German giants out of the water, it’s going to be a serious struggle for Chelsea to get this deal done this summer. But the good news for Frank Lampard is that it looks like they’re Bayern’s only real competition for now, and we all know about our record when it comes to upsetting the Bavarians just when they think they’ve sealed the deal.

“I saw some comments in regards to my son, people saying: ‘I hope your son gets corona’.” – Who is getting abuse for refusing to play in the Premier League? Find out here.