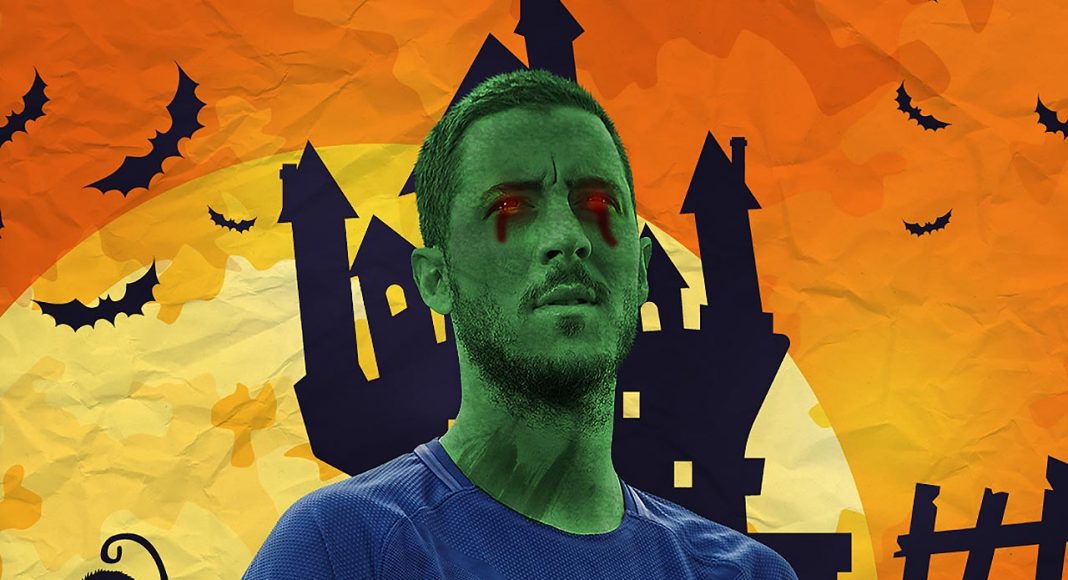 It’s Halloween, and we’ve decided to write an article that will both infuriate you and make you cringe. Here’s our Chelsea SPOOKY XI, past and present. In advance, we’re sorry for these awful puns.

Branislav Ivano-witch – Ivanovic running down the right-hand-side and whipping in the cross. Terrifying, for the Chelsea faithful, that is.

John Terry-fied – Dare we bring up when he missed the penalty in the Moscow shootout? Perhaps the scariest moment of my entire existence.

Ghastly Cole – The tail end of his Chelsea career… it still haunts me.

Danny Drink-blood – Diego Costa famously had horse placenta injected into his hamstring in order to be fit for the 2014 Champions League final. Perhaps Drinkwater had a different strategy to overcome his calf injury?

N’Ghosto Kante – It would explain why he’s everywhere, all the time. He can phase through walls and haunt the opposition’s midfield.

Marco Van Gin-hell – Remember when he ruptured his anterior cruciate ligament in the League Cup? Now THAT was scary, nobody’s leg should bend that way.

Frankenstein Lampard – Lampard rose from the dead in order to score against us against at the Etihad. What a frightening moment that was…

Demba Boo – We feel the need to apologise for this one, but don’t blame us, blame Twitter user @Orionigel – it’s all his fault.

Die-ghoul Costa – Costa is scary enough is it is, we don’t need to throw a ghoul into the equation.

Thanks for everyone for sending in these… interesting, ideas.

And the scariest of them all…