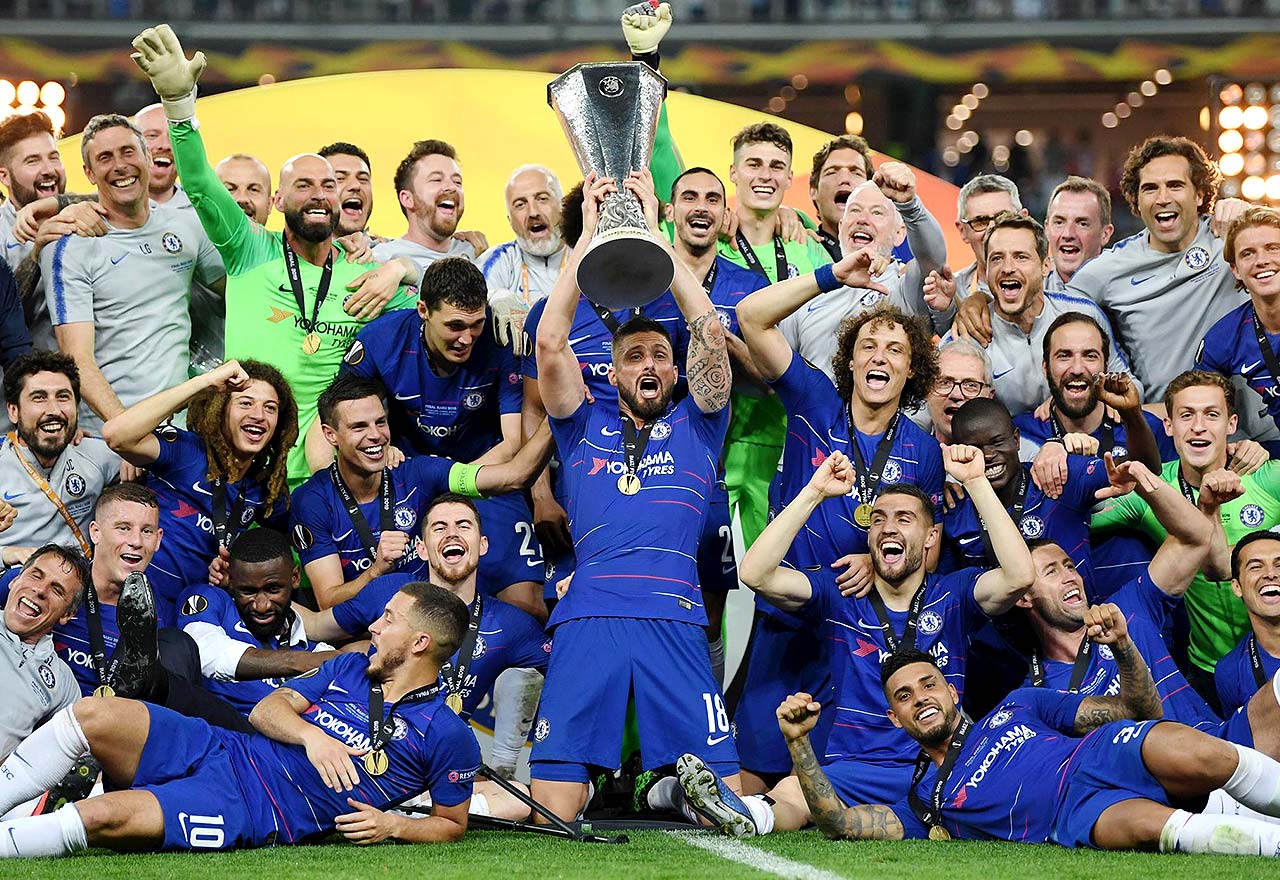 The Europa league final in Baku meant a limited number of fans were able to make the journey over, but it did not dent the performance of Chelsea. This saw them face off against London rivals Arsenal, in which they put in a dominant second half performance as they won the game 4-1.

This final performance was led from Hazard who scored a brace and over the game proved why he is so important for the success of Chelsea. Unfortunately this was his last game in blue, prior to the move to Real Madrid. He played a major role in the clubs progress to the finals and why they finished unbeaten, which is another indication of the dominance of the side throughout.

Chelsea were initially drawn in Group L and faced off against BATE Borisov, MOL Vidi and POAK. This meant they were the overwhelming favourites to progress through and top the group. They did just that in picking up 16 points from the six fixtures, whilst also conceding just three goals. This included an impressive 4-0 victory over PAOK.

The round of 32 saw Chelsea drawn against Swedish outfit Malmo FF. It was another dominant two leg display in which Chelsea looked a class above. They progressed through 5-1 on aggregate.

Following this victory they were drawn against Dynamo Kiev in the round of 16. This would be the most impressive performance of any side in the competition, as Chelsea progressed through winning 8-0 on aggregate, with Giroud picking up a hat trick in the second leg.

Slavia Prague was next up in the quarter finals, which was a clearly a much tougher task than any side they had faced. It was a similarly dominant display however as Chelsea progressed through 5-3 on aggregate, setting up a semi-final clash with German side Eintracht Frankfurt. Led by Luka Jovic, they continued to be a major threat for Chelsea.

This saw the tie go to penalties following two 1-1 draws. Chelsea would eventually progress through as Hazard netted the winner, which sent the side to Baku.

This overall performance showed the dominance of Chelsea and they will hopefully now progress and challenge into the latter stages of next seasons Champions league.