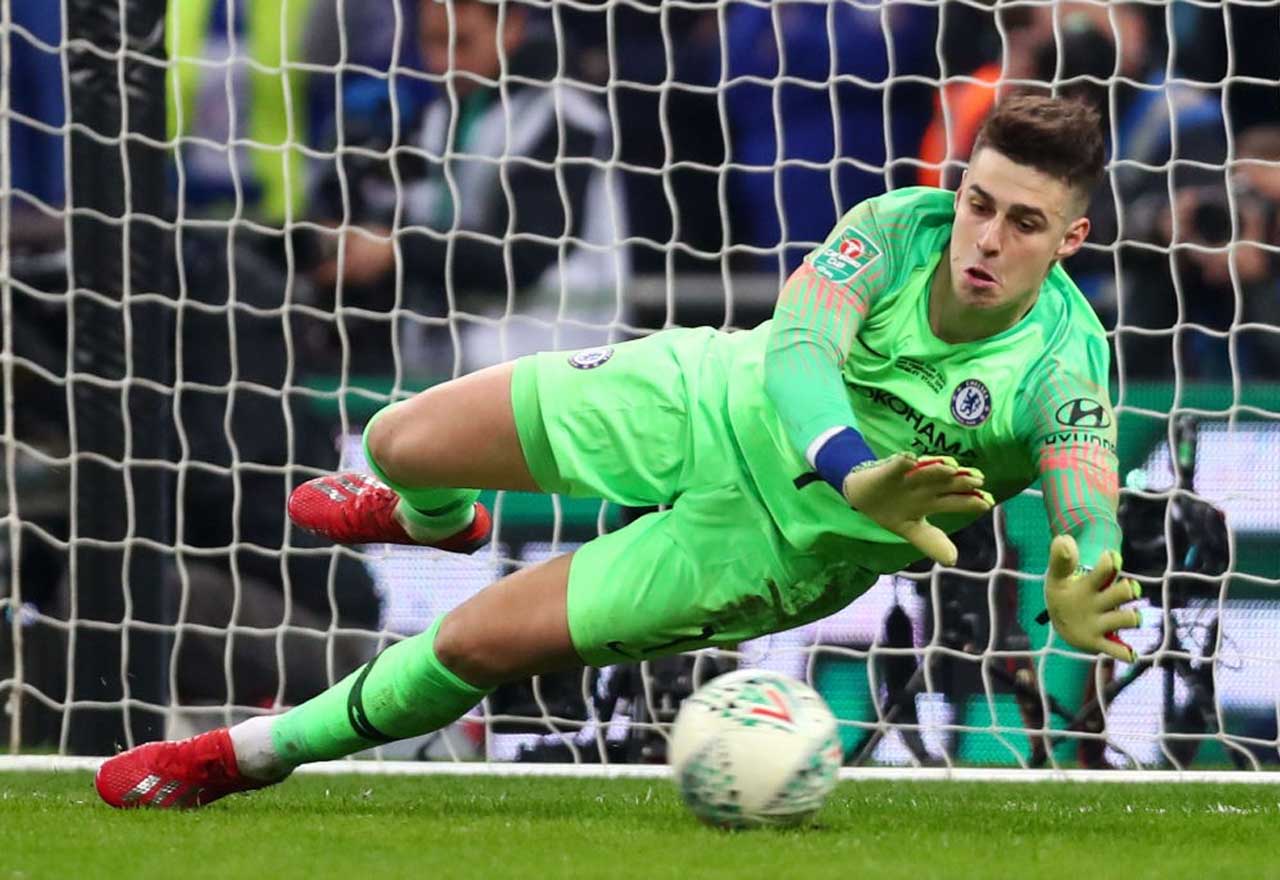 Chelsea battled Manchester United at Old Trafford yesterday as the race for the Champions League reached a climax, and it times it became a tale of two goalkeepers.

David de Gea spilled pretty much the first shot hit at him, a clean drive from Antonio Rudiger, which Marcos Alonso was on hand to tuck in. At that point Chelsea had barely created a chance, and the course of the game and perhaps the battle for the top four was changed by that error.

Kepa, in Chelsea’s goal wasn’t exactly tested by a barrage of shots from close range, but he dealt with everything so calmly that it really helped his team slow the tempo down as they wanted to. Whenever they were put under pressure, he made the easy saves to restore some of his team’s confidence.

At one point, with the whole side pressed back on their own goal line, he played a first time pass to pick out Gonzalo Higuain up front. The whole team was able to push forward at that point, and also feel the confidence emanating from the man in their goal.

That was the kind of mature showing we like to see, just as much as one composed of agile dives and reaction saves.