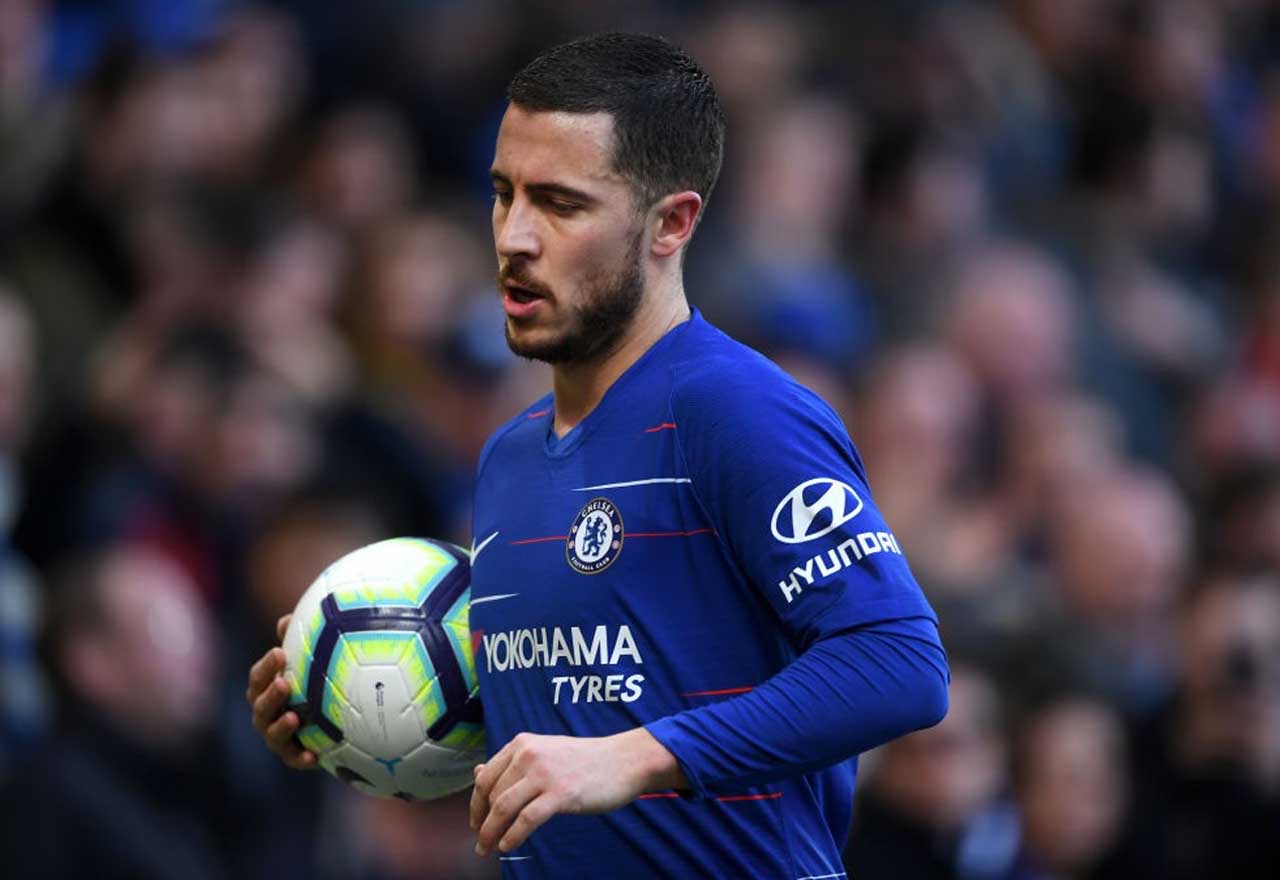 There may be trouble ahead…

For years Eden Hazard to Real Madrid has been circulating in the media, but it looks as though it could soon become a reality.

Zinedine Zidane, who is widely known to be Hazard’s childhood idol, has taken the hot seat at the Santiago Bernabeu, with the Telegraph reporting that this has prompted Real Madrid to make their move.

The report also notes of the expectation that Hazard will ask to leave in order to sign for Real Madrid this summer, which leaves us in a sticky situation.

As things stand, Chelsea will be unable to sign anyone this summer, so how on Earth are we going to replace our best player?

Here’s three options we ought to explore…

Identify the heir to the throne Both Willian and Pedro may be the wrong side of 30, but Chelsea have no shortage of talent out on the flanks.

Callum Hudson-Odoi is destined for the very top of the game, and if he stays, will only continue to fulfill his world-class potential.

We also have Christian Pulisic, who was signed from Borussia Dortmund back in January and immediately loaned back to the Bundesliga giants.

Chelsea need to have faith in both players and allow them to grow and adapt into the role which Hazard has occupied over the past seven years.

Replacing Hazard’s influence will be no easy task, but we can’t use our transfer ban as an excuse for failing to adequately do it.

We have the talent, we just need to use it. This option may only be plausible if Maurizio Sarri departs in the coming summer, with the Italian being notoriously stubborn when it comes to his system.

However, Sarri is good enough a manager and shrewd enough a tactician to recognise that changes could be required to keep us afloat – at least temporarily.

One way in which he could ensure our attack is not lacking firepower in the event of Hazard’s departure is by fielding two strikers.

It’s difficult to think of a time Chelsea have had two on the field at the same time this season. Sarri continually swaps one for another.

We may be set to lose our top goalscorer, though, and considering we have both Tammy Abraham and Michy Batshuayi out on-loan – why not use them? For too long we have seen signing a like-for-like replacement as the only viable way to replace Hazard, but it’s not.

Maurizio Sarri too often this season has seen his players play for themselves, as individuals, rather than a cohesive unit working towards a collective goal.

We cannot rely on individual brilliance forever, it’s unsustainable. Soon we may not have Hazard to bail us out with a 92nd minute screamer.

Sarri, or whoever it may be in charge of the team over the next couple of years, needs to get this team playing together once again.

The greatest triumphs in this club’s history were achieved that way. We can replicate them, but only if we do it together.

I think sarri should go also the best coach now for chelsea is luis enrique. We need to get rid of sarri. Am telling you the truth. Sack him give me luis enrique thanks