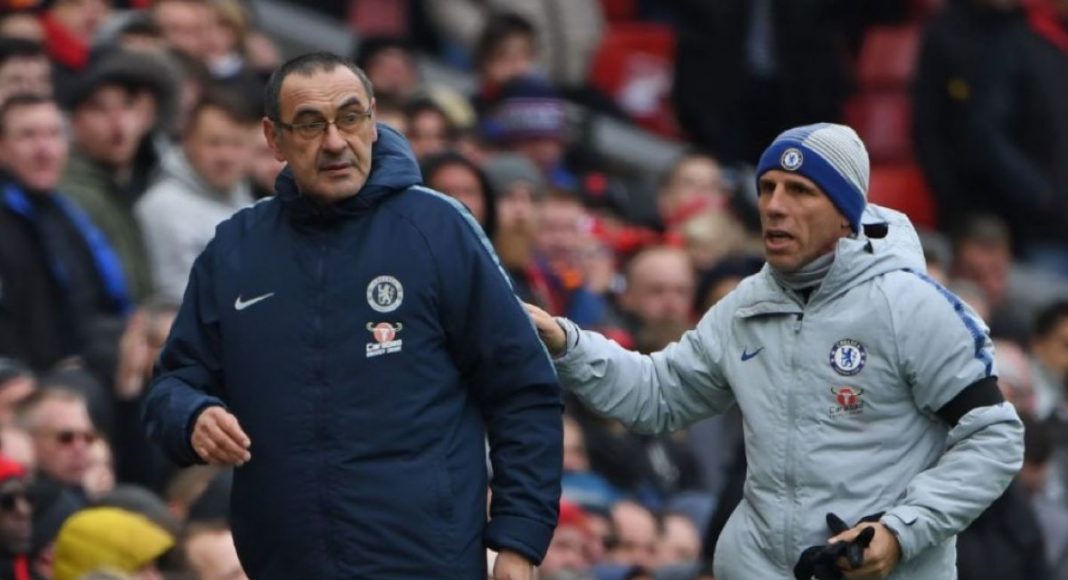 With Maurizio Sarri having undergone a “minor dental surgery”, according to reports in The Sun, Gianfranco Zola took yesterday’s press conference ahead of the game with Slavia Prague.

The Chelsea legend has done this a few times before this season, usually when the pressers are coming thick and fast like they are now.

As always, he’s a genial presence, and he makes a good counterbalance to the more reserved Sarri. But the problem for the much loved Zola is that the more time he spends as his countryman’s assistant, the more he becomes associated with this regime.

There have already been issues earlier in the season when it came to him speaking about Callum Hudson-Odoi, and he wound up his own team’s fans by echoing Sarri’s position (as though he could do anything else).

Chelsea fans will always love Zola, he could do almost anything and not change that. But for the moment, the man who brought only happiness is standing a little in the shade of the dark cloud hanging over his boss at the moment.

This ‘opinion piece’ is tripe, not because I am #SarriIn but because this is the same kind of negative slant that hurts the club…it was ok when it was done from the outside; now I find enemies within #ktbffh