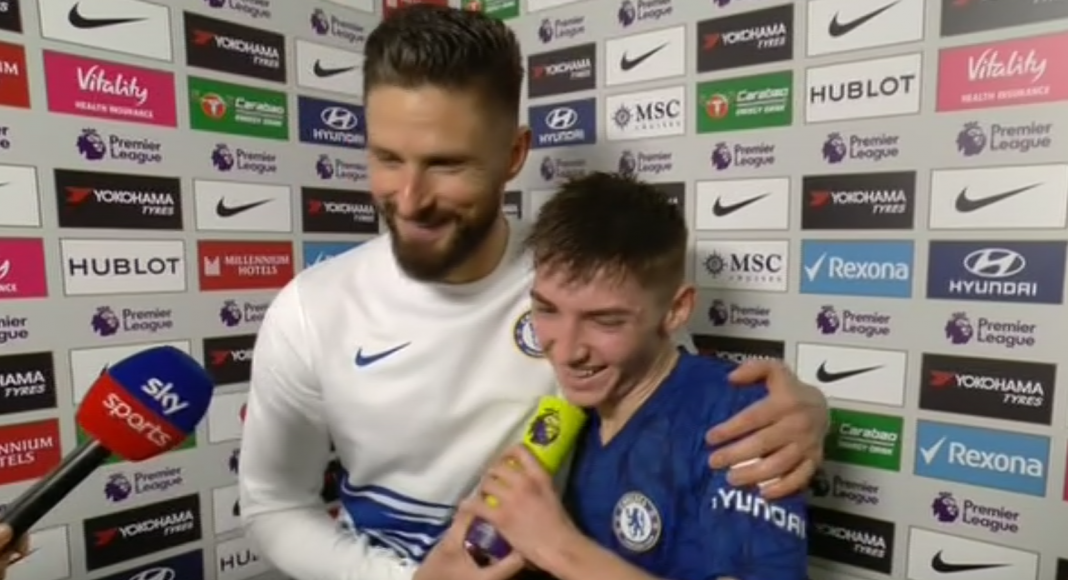 But this is what has been so close to coming at times this season after dominating games and creating large amounts of chances. But just like Frank Lampard has touched upon so many times, his attackers have not been taking their chances.

Add to that some poor defensive errors, and Chelsea have had a very inconsistent season so far.

But Lampard has found two new elements to his team that has given them a whole new dimension in the attacking third, and also defensively.

The heartbeat to this is Billy Gilmour. The 18-year old Scot has been pinnacle to Chelsea being better defensively, and also giving them a more fluid attack.

At the back he is quick, good in the tackle, and is excellent at intercepting. This has given some more solidity in front of the back four, as well as extra leadership.

But it is his control of the tempo, the directness, and how quick he is in the pass that has given Chelsea a faster looking and more fluid attack. He is always looking for the advanced pass and is quick to make it, instantly putting the attackers ahead of him in a dangerous position.

I’ll use this point to reiterate this is in no way a dig at Tammy Abraham, Jorginho, or anyone else who usually plays ahead of Gilmour and Giroud, but these two have just been so important in the last two results and a lot of it is largely down to them.

Giroud has given Chelsea a new way to be more direct. So many times the goalkeeper plays it out from the back and Chelsea either can’t play it out, or they end up losing it. This is because they used to try and play it out every time regardless, it became predictable.

Now with Giroud up top, the keeper has the option to go long and uses it effectively. Giroud holds it up, brings others in to play, links up perfectly, and sets off more attacks.

He has become a menace and a presence that defenders are finding tough to handle, this is a new element to Chelsea’s game that we haven’t seen quite enough of. The ball is sticking with Giroud and his link up play is massively under rated.

We won’t get carried away of course, but what a bright couple of games we have just witnessed.