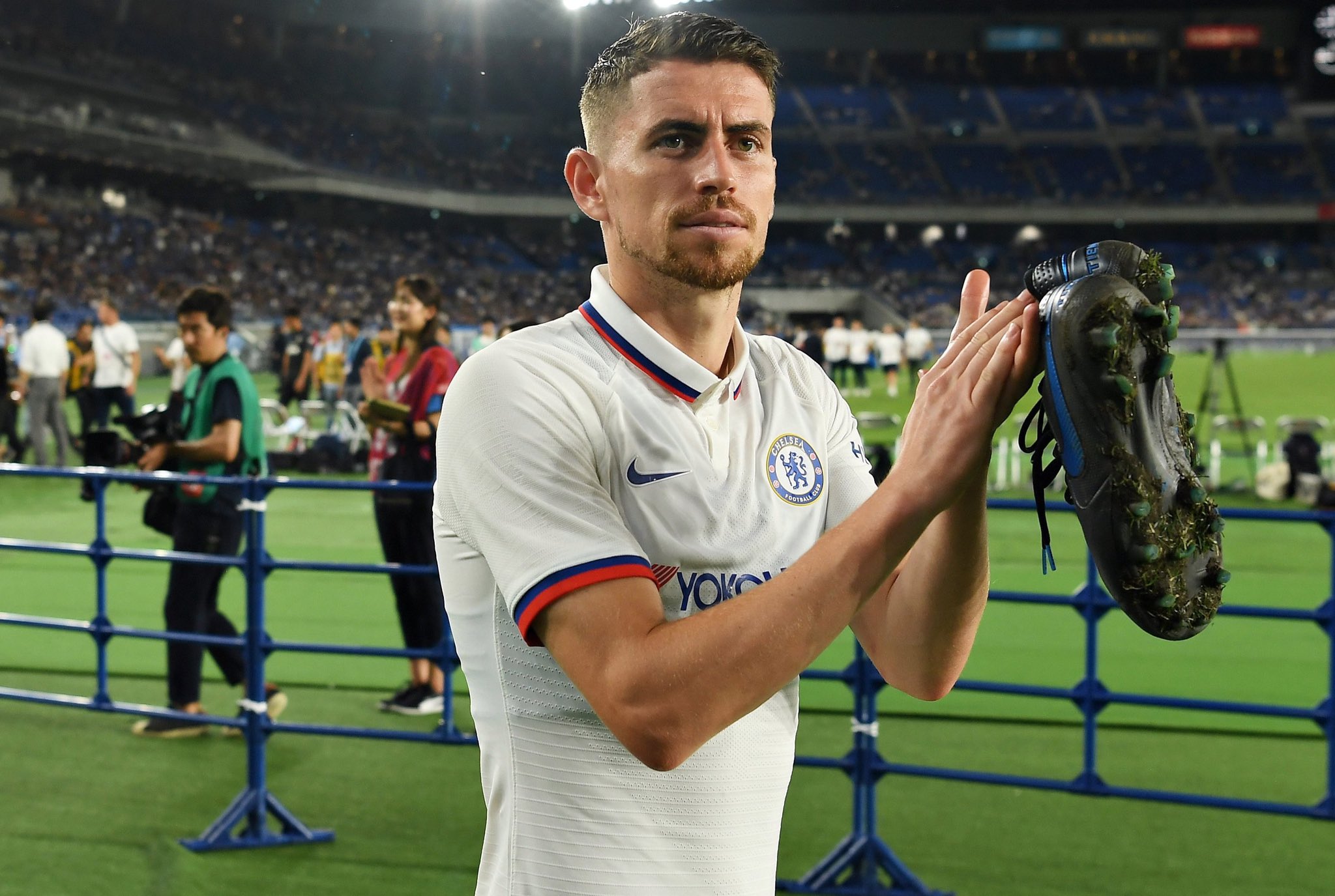 Jorginho arrived at Chelsea last summer as part of the Maurizio Sarri package deal, but now finds himself stranded, with his former manager leaving to take charge at Juventus.

The midfielder is more than capable as a player in many ways, and we saw flashes of his quality last season. His new boss Frank Lampard took trouble to stress how much he rates the Italy international after a good showing in preseason last month.

But unfortunately, being a good player isn’t enough. We’ve seen plenty of good players come and go at Chelsea because they don’t fit in with the manager’s plans, and Jorginho is at risk of going the same way.

The problem is that he really is a specialist player, excelling not in defending or attacking,  but in controlling the game with constant short passes. At times he feels like a fish knife, a specialist which can do one thing brilliantly; rather than a penknife, which can do anything.

With the ability he has the and the form he showed in preseason, he is unquestionably in Frank Lampard’s plans to start the season. But when the pressure is on and results are going badly later on, it will be difficult for the new coach to not be tempted to change things up.

He has more options in that position than anywhere else. N’Golo Kante’s legs, speed and quick thinking. Ruben Loftus-Cheek’s goals and ability to burst forward. Ross Barkley’s ranged shooting, Mateo Kovacic’s silky skills on the ball. All of these can seem more tempting for a manager looking for quick results than Jorginho’s own unique skills, which revolve around patience and tactical intelligence.

Lampard will certainly use him, and hopefully get the best out of him. But if things are going badly, Jorginho may be the first to suffer if his manager decides to mix things up.

Rubbish. This story belongs in the trash. Him and kante are the best two midfielders. You must not have watched the final vs arsenal. He was doing everything. Just because sarri used in a specialist role doesnt mean he cant adapt. By far the best player this preseason. Rlc should… Read more »