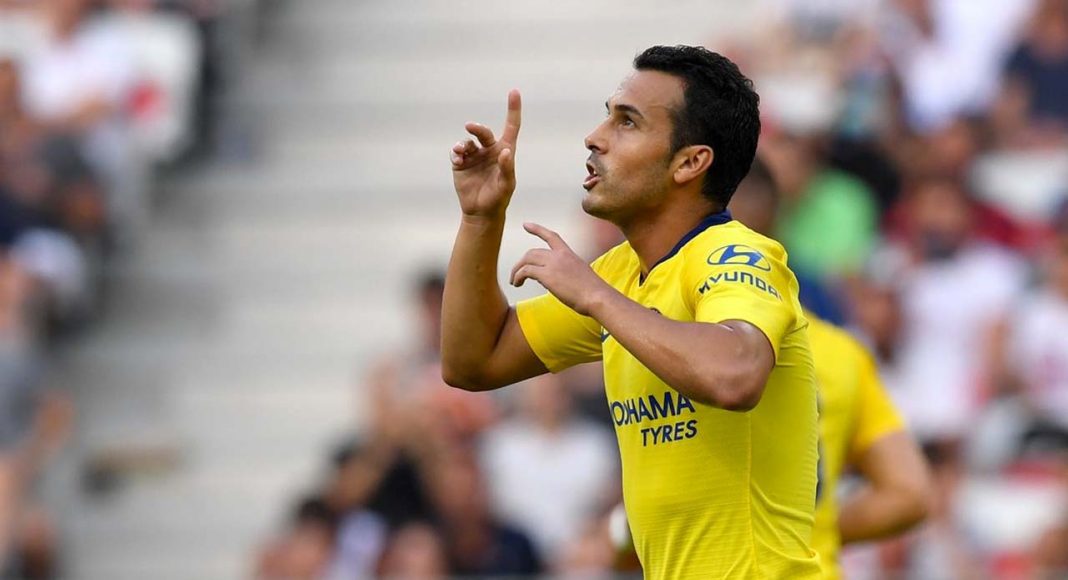 The time has come for Pedro to earn himself a new Chelsea contract – and we fancy his chances.

The Spaniard penned a four-year deal upon his arrival at Stamford Bridge. The BBC reported that Chelsea parted with £21M to prise him away from boyhood club Barcelona.

Though he has struggled for consistency as a Blue, forking out that amount has been an incredibly worthy investment. Two major trophies, 28-goals and a showreel of belters – it’s been a blast.

Pedro turned 31 last week. He’s no longer a youngster looking to force his way into the Barcelona first-team setup, nor a winger in his prime joining Chelsea in search of a new challenge.

The swan-song of his career is almost upon him, yet he still has plenty to offer.

We often resist to read much into pre-season. The players, both Chelsea’s and our opponents’, are operating at around 75% capacity.

However, Pedro fits like a glove into Maurizio Sarri’s way of thinking. He has Barcelona DNA. He thrived under Pep Guardiola’s stewardship. This is a real opportunity for him.

The World Cup winner has bagged twice in two appearances in pre-season. Those goals came against Perth Glory and Inter Milan.

A pair of goals in non-competitive games is hardly Pedro showcasing his Ballon D’Or credentials, but it serves as evidence that there’s life in him yet, life that can be harnessed by our new manager.

Sarri had an immeasurable impact on Napoli’s attacking line while holding the reins at the Stadio San Paolo. Dries Mertens, Lorenzo Insigne and Jose Callejon improved considerably – and their output went through the roof.

We would expect Sarri to have a similarly positive influence on both Eden Hazard and Willian, two players at the peak of their powers.

With Pedro, though, it may be more a matter of revival than major development. He’s already proven himself able to operate in this system, he just needs a kick-start.

Pedro has less than a year left to run on his Chelsea contract. He’ll have to produce something special this season to earn an extension.

Don’t write him off. There’s life in the old dog yet.