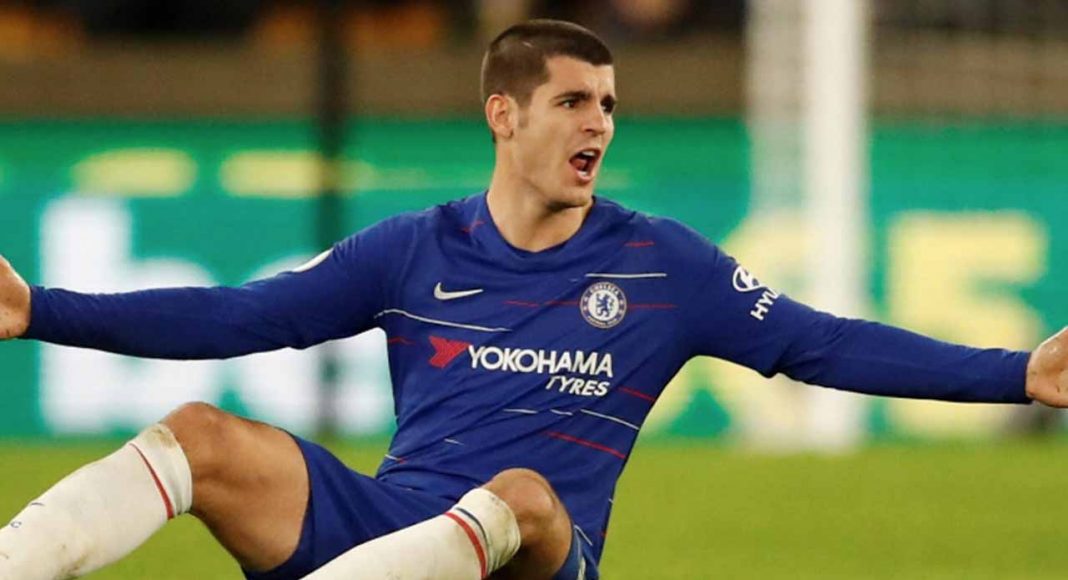 Maurizio Sarri’s decision to start Alvaro Morata in our dead-rubber clash with MOL Vidi can only be bad news for the Spaniard, in our opinion.

Morata may have outscored striker counterpart Olivier Giroud this season, but that’s not to say that he is the preferable option for Sarri, or the fans.

The former Real Madrid man tends to spark outrage everytime he takes to a football field, merely with his attempts to play the game. That’s a talent in itself.

Sarri giving Morata a run from the beginning in Hungary may, to the naked eye, be interpreted as a show of faith from the Italian. We see it as quite the opposite.

Our lineup for this game is highly rotated, with three academy products also being handed starts by Sarri. That is the level of importance that Morata has fallen to.

In fact, after Eden Hazard’s excellent performance through the middle against Manchester City at the weekend, Morata may well be our third choice striker – and we only have two!

He needs a goal or two to prove to Sarri and the Chelsea faithful that he can be relied upon to start games. Over to you, Alvaro…

Nonsense he has played more game dan Giroud & has more goals he is till the main man. Stop writing trash for us here.