Talk Chelsea
Home Opinions Sarri to give up to five Chelsea players an earful, discussing potential... 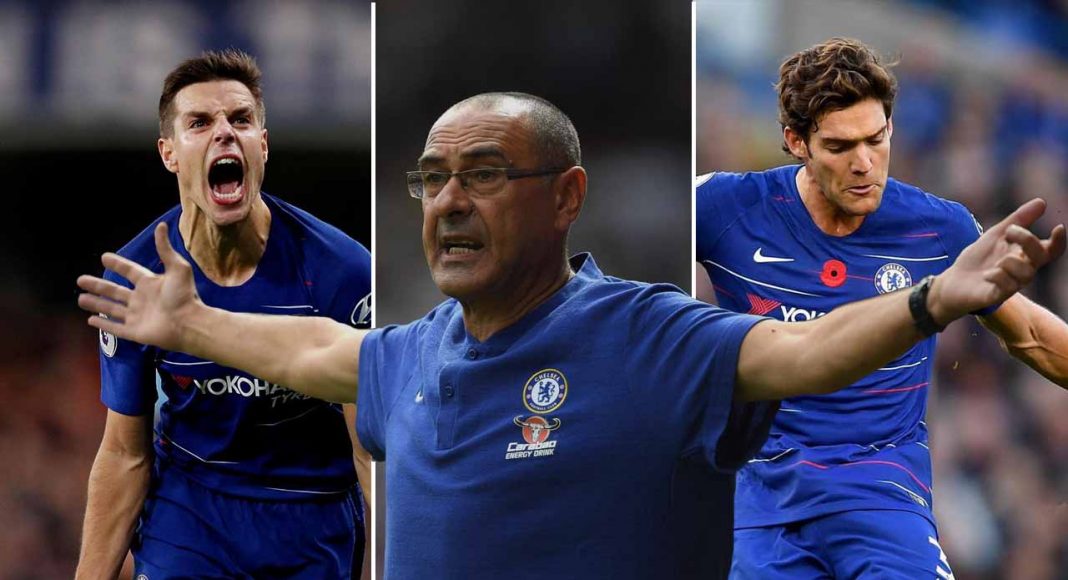 Maurizio Sarri has suggested that he will hold one-on-one meetings with several Chelsea players in order to discuss the mistakes they made during our defeat to Leicester City.

Speaking to the club website ahead of our Premier League fixture with Watford this evening, Sarri is quoted saying:

“I want to speak with the group firstly and then three, four or five players. We have to do everything to avoid the same problem in the future but it’s not easy.”

Chelsea, not for the first time this season, capitulated having conceded against Leicester. For such an experienced group of players, they have looked incredibly naive at times.

Sarri is working to get to the bottom of the problems, as as he himself revealed, will speak to the culprits of the errors in hope of furthering his understanding of what’s going wrong.

He can’t have expected to say this and it not lead to us Chelsea fans speculating about the players he will be chatting with. We reckon we know the five he has on his mind.

Alonso has a reputation as one of the best full-backs in the Premier League, but only scarcely has he managed to perform to that level in a Chelsea shirt.

He was poor against Leicester, as he has been quite often this season. Sarri needs to have words with the Spaniard and warn him over the possibility of losing his starting spot.

Where do we even begin with Willian? He is evidently highly-regarded by his fellow Chelsea teammates, but he tends to be used as a scapegoat by the fans – and there’s a reason for that.

He has had sufficient opportunities to prove that he is the right man to occupy the right-wing position in his attack, yet six-years after he signed, we’re still not convinced.

Sarri needs to give him an ultimatum and gauge the reaction. With Callum Hudson-Odoi coming through, it’s now or never.

Make no mistake, David Luiz’s importance as a player and figure in the Chelsea dressing room cannot be understated, but his defending this season has been suspect.

He was caught out of position for Jamie Vardy’s goal at the weekend, and it’s not the first time that has happened this season. Sarri needs to give him a wake-up call.

Jorginho has been an excellent signing for Chelsea and has certainly eased the transition of Sarriball into this football club. However, several of his performances have been flawed.

As crucial as he is when it comes to dictating the play and building from the midfield, he can often be caught ball-watching in the defensive phase.

Sarri knows him better than any other player in his Chelsea squad and so it would be no surprise if he pulled him aside for a chat to try and get the best out of him. We doubt that Sarri will have any issue with Azpilicueta’s performances of late, but he’s the captain, it would be wise to communicate to the rest of the squad through him.

Azpilicueta knows this football club and our current squad like the back of his hand. Sarri ought to use that asset to his advantage. If he has Azpi on-side, he’ll lessen the risk of losing the dressing room.

Do you agree with us, Blues? Let us know your thoughts both in the comments section and on Twitter @TalkChelsea.