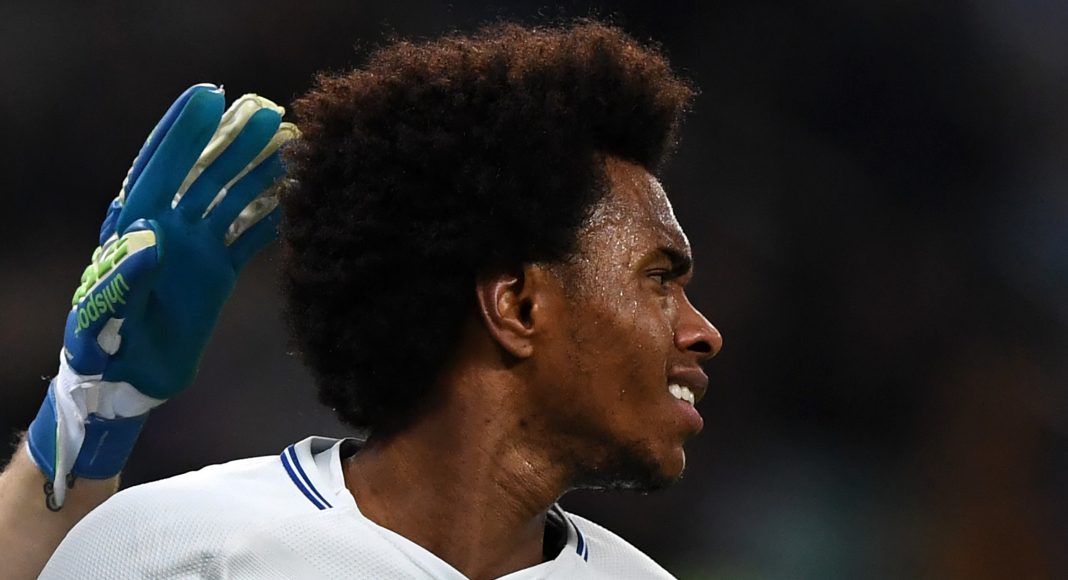 It wouldn’t be the worst thing for the Blues if Willian were to leave the club in January.

The player is ready to depart from the Champions should Antonio Conte remain Chelsea’s manager, Brazilian website UOL reports.

Conte’s future has been under the spotlight, as a return to Italy has been talked for several months. However, his team’s recent form has put these rumours to bed for the time being.

As per UOL, Willian was close to leaving the champions in the summer even though it’s reported by the same source that the winger enjoys life in London.

Why should Chelsea sell Willian?

Despite showing glimpses of what he can do against Qarabag on Wednesday, Willian constantly struggles for consistency. The player scored a brace as Chelsea secured Champions League qualification. However, it’s likely that the man who joined us for £30m in 2013 won’t start against Liverpool on Saturday.

Willian is also ageing at 29-years-old and relies on his pace to beat opponents. Even though Dries Mertens is the same age as Willian, the Belgian has much more ability. With a release clause of £25m, a move for the Belgian would be wise from the champions.

Even when Antonio Conte plays three upfront, Pedro gets the nod over Willian. So selling a player that is almost surplus to requirements wouldn’t hurt us at all.

I agree… It’s not gonna hurt