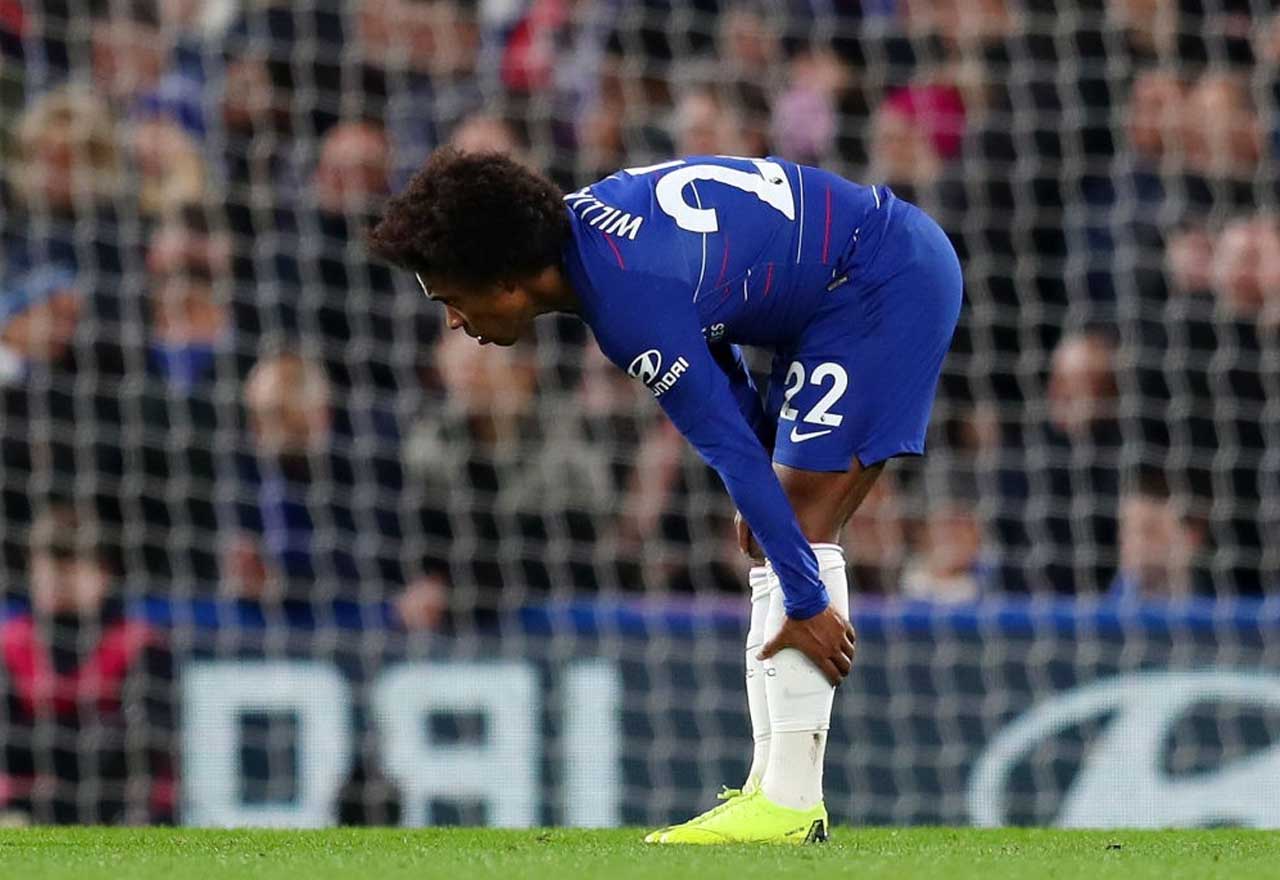 Willian is a player who divides Chelsea fans opinions. He is regularly sang about within the stadium, but often criticised by many other Blues fans.

He is inconsistent, I think we can all agree on that one. Whilst I don’t think his quality is as bad as some say, he should in no way be more than just a Chelsea backup player this season.

Frank Lampard agrees. Well, that assumption is based on the fact that he has chosen to use Ross Barkley, and play Mason Mount wide on two recent occasions, over choosing Willian. Says it all.

What also speaks volumes to me is the fact he is yet to sign a new contract at Chelsea. For many reasons this is conclusive.

It could be a sign of Chelsea backing Lampard and not wanting to give in to Wilian’s reported demands.

I mean, this report from The Evening Standard stating the two have agreed a new contract was way back in July.

Another reason to speculate why he is yet to sign a new deal is that he has become unhappy. This is much more likely. He isn’t being picked by Lampard, and we all know how sulky he can be.

Oh really? Your daughter? Hmmmm, sure!

The Daily Mail are reporting that he now has interest from Juventus, and I’d fully expect him to pursue that interest.

For me this says it all, his attitude isn’t great and will end up causing issues with morale in the camp, Frank won’t have that.

I also believe that he would have gone to Barcelona in a heart beat, should the club have allowed it.

A decision that they might end up regretting now, especially if he doesn’t sign a new contract, he will be available to talk to new clubs in January and leave on a free next summer.

I feel disgusted about the way British tabloids are running down chelsea players, especially foreign ones, who have fought for the team to achieve laurels. At one time in chelsea’s history the club’s fortunes rested on Willian. Although Chelsea is English, greater following is outside. We should stop this attitude… Read more »

Spot on Armstrong… comparing William that players for Brazil to a bunch of English average players who can not even make the reserve team of Brazil is just hilarious….