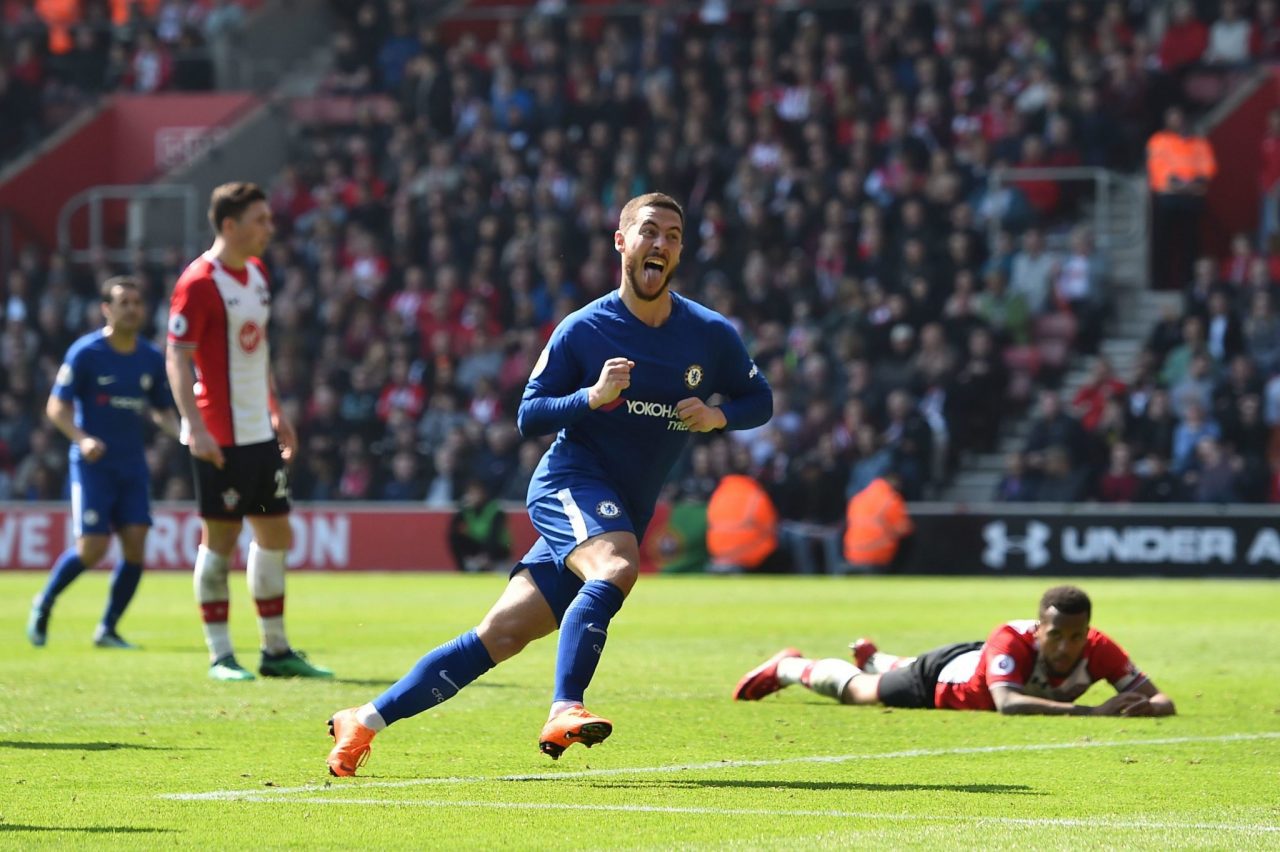 Chelsea’s hopes of achieving silverware this season come down to the FA Cup semi-final tie against Southampton at Wembley on Sunday.
It was a cagey affair in the last meeting between the two sides with a brace from Oliver Giroud and Eden Hazard’s strike completing a 3-2 comeback victory at St Mary’s.
Chris Hughes, site expert for Southampton fan website Saints Marching, has given us his views on Saturday’s thriller.

“It was extremely, extremely disappointing to see the Saints throw away the lead. When it was 2-0 I was really confident we were going to hold on but I was wary of the thread Olivier Giroud would offer off the bench. We’ve struggled to deal with physical, dominant strikers all season but we still couldn’t handle Giroud when he came on – after the first goal went in it was clear we just panicked which is, frankly, the mentality of a side who deserves relegation.”

By Chelsea’s standards, it’s been a turbulent campaign for the Blues as we are in a difficult position to qualify for next season’s Champions League, being five points behind Tottenham in fourth in the Premier League. Oliver Giroud came on to score a brace in Chelsea’s 3-2 comeback win against Southampton.

However, that’s been nothing to the misery Southampton fans have had to endure this season, with former Chelsea player Mark Hughes’ side sitting 18th in the relegation zone.
With this in mind, it’s tricky to predict what kind of team Hughes will selected against Chelsea. These are Chris’ thoughts on the matter.

“It’s hard to say really – we have a fairly deep squad despite our form, so we could easily bring in Boufal, Redmond, Carrillo and Lemina without really weakening our side. We have nothing to lose so I’d imagine we don’t play as direct and maybe play more naturally with wingers and a number 10 – saying that, last time we did that we lost 3-0 to West Ham!”

With the other semi-final between Manchester United and Tottenham and both clubs having more stress free seasons in comparison to Chelsea. Perhaps this was the best draw Southampton could have hoped for.

“I think Chelsea – in their current form, were the best of the three evils with regards to who we could’ve drawn. United have been hit and miss but Chelsea have on the whole been poor this calendar year so I’d say yes, I was the happiest I could’ve been with regards to the draw and I think this past weekend we showed for an hour that we can go toe-to-toe with the Blues.”

Despite the likes of another former-Blue in Ryan Bertrand being an important figure in Southampton’s defence, it will be hard for a team in the Saints’ status to stop the danger Antonio Conte’s team possess upfront. These are the dangers Chris has highlighted.

“I think on the face if Southampton do play with a ‘nothing to lose’ mentality we’ll be a lot more open and therefore the likes of Hazard and Willian will could have a lot room to create and affect the game. As always thought the threat in the air of both Morata and Giroud will prove the deciding factor – if we can quash the threat we could go through but we haven’t done that a lot this season.”

Finally, Chris has shared his prediction and how the game will turn out in what will hopefully be another cracking match.

“I’m gonna be confident and go with a 2-1 win – couldn’t tell whether it’ll come in regulation or overtime but I had a good feeling going into last weekend’s game and obviously we could’ve held on had it not been for Marcos Alonso’s red card challenge going unnoticed.”