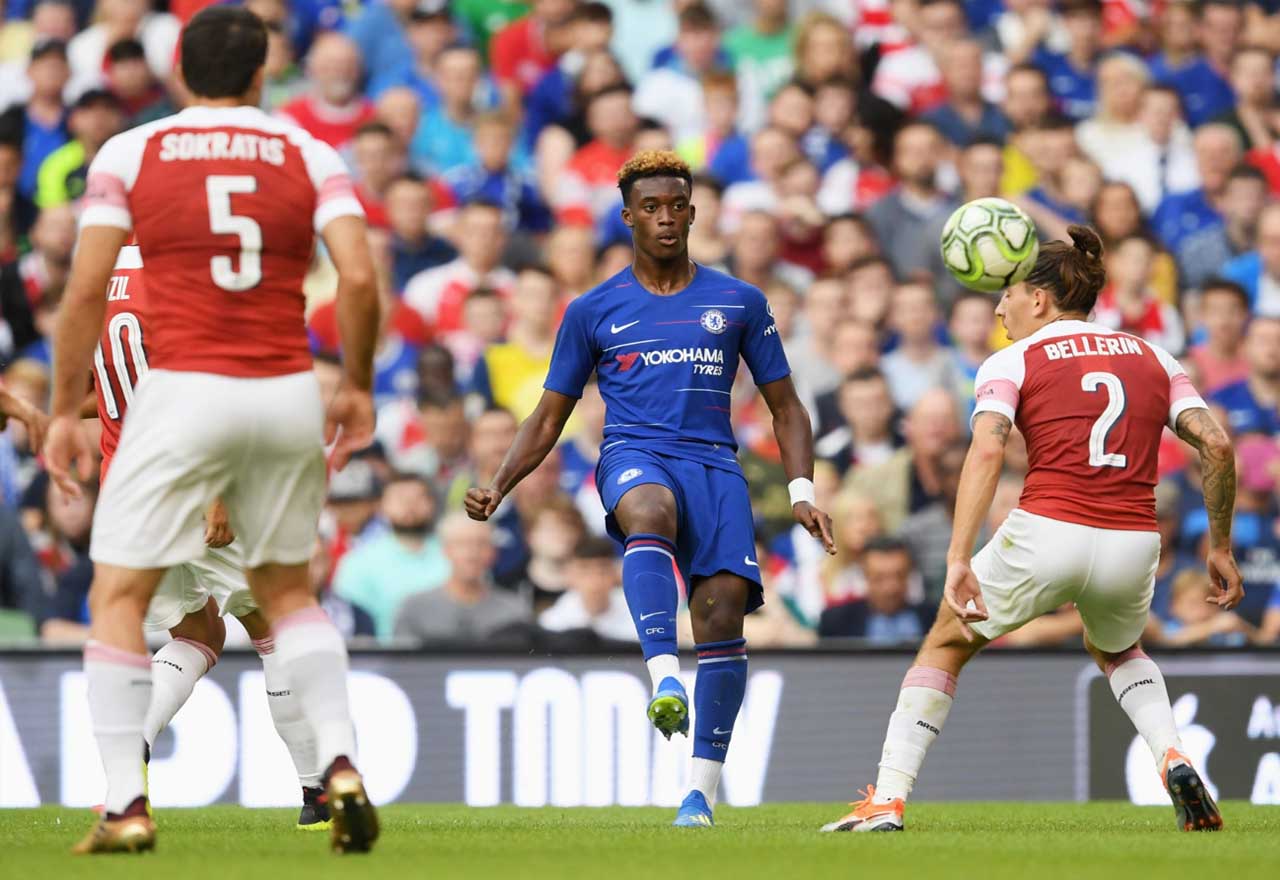 Chelsea were defeated by Arsenal on penalties after Alexandre Lacazette equalised in the 93rd minute of the game.

Chelsea took the lead early on through Rudiger. We’re all well accustomed to his capabilities in the air, but Arsenal’s back-line didn’t get the memo. Rudiger found himself with a yard of space in the penalty area and was able to head home into the bottom corner of Petr Cech’s goal. Click here to watch the goal.

Following some smart work from Callum Hudson-Odoi down the left-channel, Chelsea were awarded a penalty. Hudson-Odoi proved too hot to handle for Hector Bellerin, who could only prevent him progressing by hacking him down. Alvaro Morata stepped up to the mark, and predictably, missed.

After an encouraging first-half display, the second-half fell flat. A great deal of substitutions for both sides took the sting out of the game. Maurizio Sarri clearly had one eye on our Community Shield clash with Manchester City on Sunday.

The game looked to be cantering towards its conclusion. That was until Alexandre Lacazette scored in the 93rd minute to equalise and send the game into a penalty shootout. It’s Chelsea’s second in as many games.

After ten successful penalties in a row, it went to sudden death. Ruben Loftus-Cheek stepped up to the mark on his Chelsea return… and missed. Alex Iwobi scored the winning penalties for Arsenal who (somehow) bagged the victory.

Here’s our player ratings for the players who started the game. Do you agree?

For once I totally agree with your ratings, you got it spot on 😉

it was certainly a game of two halves with Chelsea in the ascendancy for the first 45 minutes. We should arguably have been 3 nil up at half time and paid the price for those missed opportunities with the final result. The second half and Arsenal were the better team… Read more »

Its high time Morata be offloaded,he is a bunch of waste!