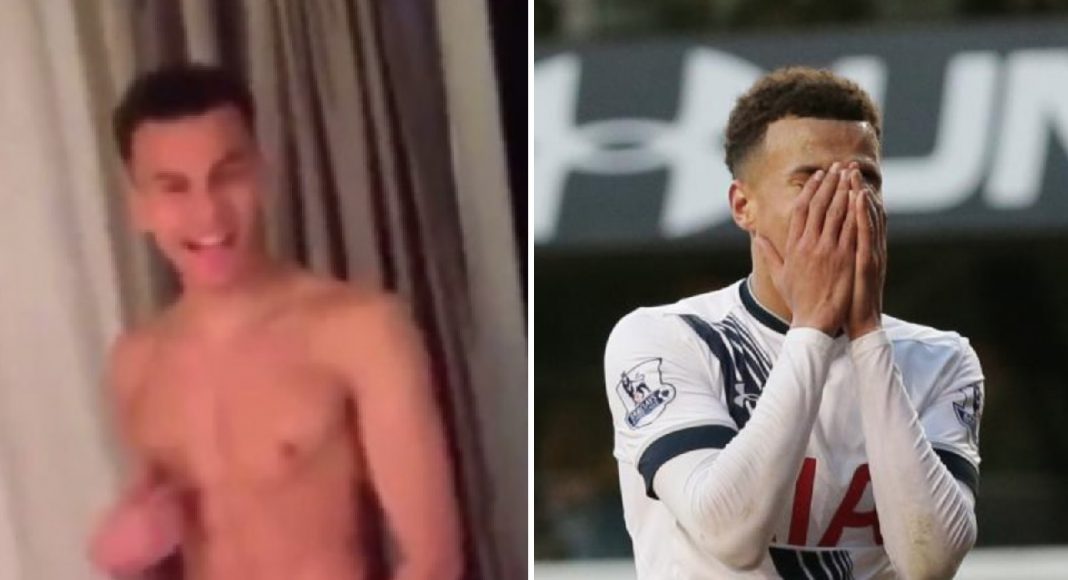 Just when you thought that nothing could distract you from the current state of disequilibrium at Stamford Bridge, Dele Alli’s nudes appear on your Twitter timeline.

Alli felt the full wrath of the Liverpool faithful having dived during Spurs’ clash with the Reds on Sunday afternoon. He was booked by referee Jon Moss for simulation, but his greater punishment came after the game.

A sex tape has emerged which appears to show Alli receiving oral sex from a mystery woman. There have been suggestions that furious Liverpool fans hacked into Alli’s iCloud and posted the video online…

Andre Gray scores against Liverpool, they dig up his homophobic tweets.

Holgate tries to injure Firmino, they dig up his homophobic tweets.

Dele Alli when he finds the Liverpool fan who released his sex tape pic.twitter.com/DPkDLzRhnk

There’s no justification for that type of behaviour, even if Alli did try to deceive the match officials at Anfield. But, we’d be lying if we said it didn’t give us a chuckle.

Tottenham do have a useful habit of providing rival fans with continuous opportunities to laugh at them, which certainly comes in handy when you’re trying to get over a 3-0 loss to Bournemouth at Stamford Bridge.

Here’s the best of how Twitter reacted to the leak of Alli’s sex tape:

Dele alli when he goes to explain himself to pochettino pic.twitter.com/UU93XWVFFN

Dele Alli when he turns up for training pic.twitter.com/I6uFY9czLK

Dele Alli on the way to training tomorrow. pic.twitter.com/QgWsrTZD8L

Confirmation of Dele Alli’s contract with @SpursOfficial being terminated.

Can’t wait for RG to analyze Dele Alli’s penis to tell us if Alli will play his prime years as a Raumdeuter or a false nine.

This is gonna be Dele Alli when he wakes up to 10k notifs tomorrow morning pic.twitter.com/Azz1PSLXKD

When Dele Alli turns his phone on and opens twitter.. pic.twitter.com/AZxCiOsHvM