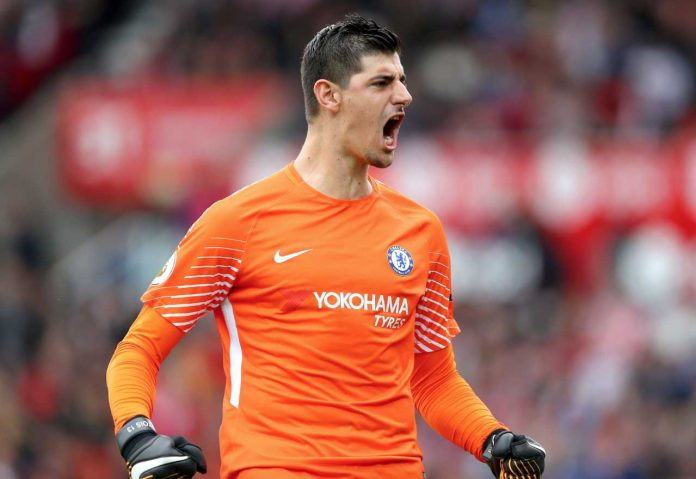 Chelsea goalkeeper Thibaut Courtois is reportedly waiting on a call from Real Madrid this summer.

It’s heartbreaking to read rumours linking Courtois with a move away from Stamford Bridge on a daily basis. We sacrificed club-legend Petr Cech in order to make room for the Belgian, who has himself become a cornerstone in the side since his arrival.

The reality is, though, Courtois will not be here forever. Since the day he stepped foot in the door at Cobham, he has openly discussed the possibility of departing.

With his family still residing in Madrid, and Real Madrid’s reported interest in signing him, it does very much seem like just a matter of time before Courtois jumps ship.

Spanish newspaper AS report that Courtois is waiting for Real Madrid to make contact in order to secure his desired move to the Santiago Bernabeu, partially due to the aforementioned family issues.

The report claims that Courtois is a realistically attainable option for Real Madrid, as Chelsea could be forced to sell for a fee in the region of €30M-€40M. This is the situation you are likely to find yourself in when you let your star player’s contracts run so low.