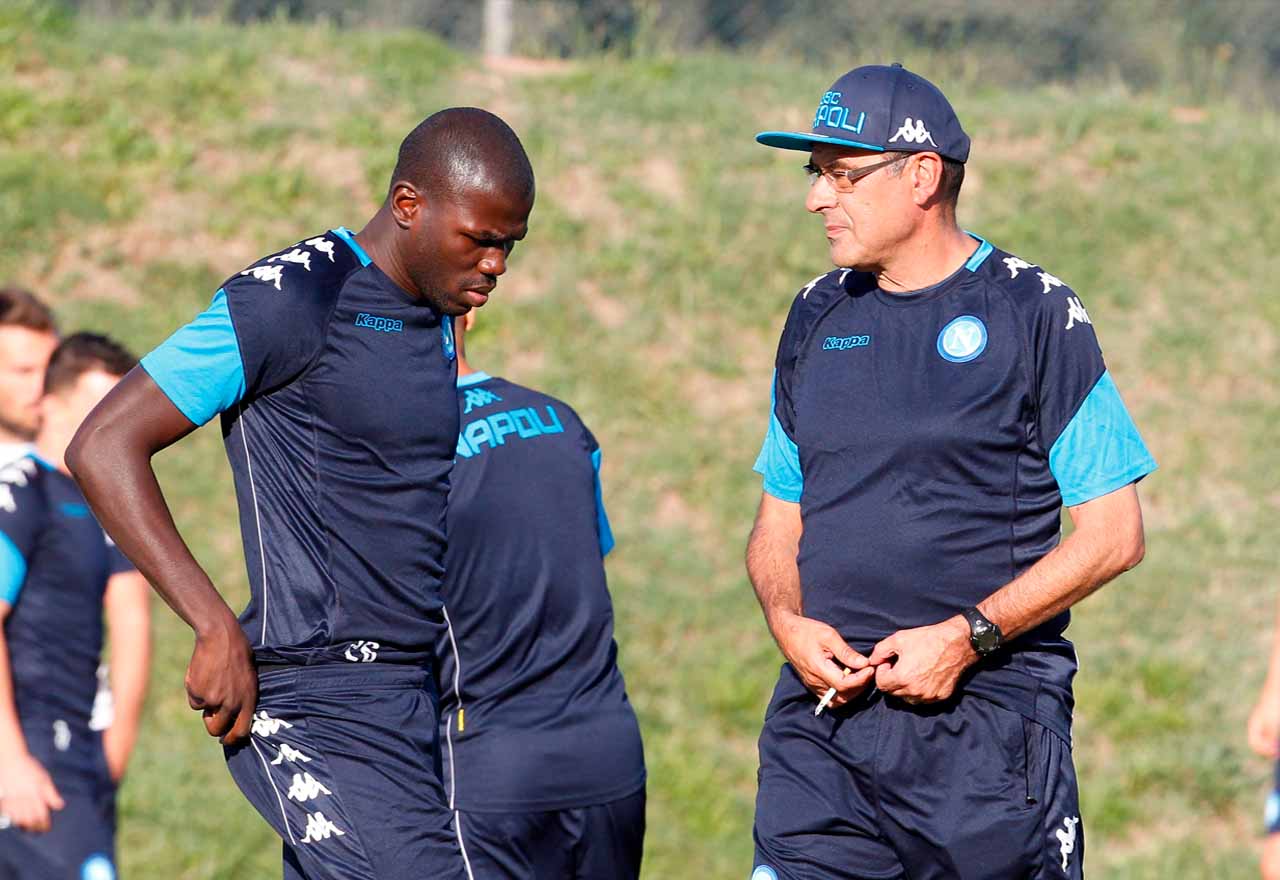 A host of Napoli stars have been linked with Chelsea in recent weeks, but Koulibaly seems to be the most realistic target out of all of them.

Not only because of Chelsea’s pre-existing interest in signing the Senegal international, but he played an integral part in Napoli’s success under Sarri’s stewardship.

Koulibaly was not only a rock at the back, but he’s also excellent with the ball at his feet. He can play incisive passes through the lines to create chances for his teammates.

Sarri would no doubt love to have him at Stamford Bridge, but Aurelio De Laurentiis will not allow him to walk out the door on the cheap.

Goal verify Chelsea’s interest in signing Koulibaly, but add that he may cost as much as €100M. That works out as around £88M.

Will Chelsea be prepared to break their club-record when we already have a plethora of centre-backs at our disposal? We’ll have to wait and see…