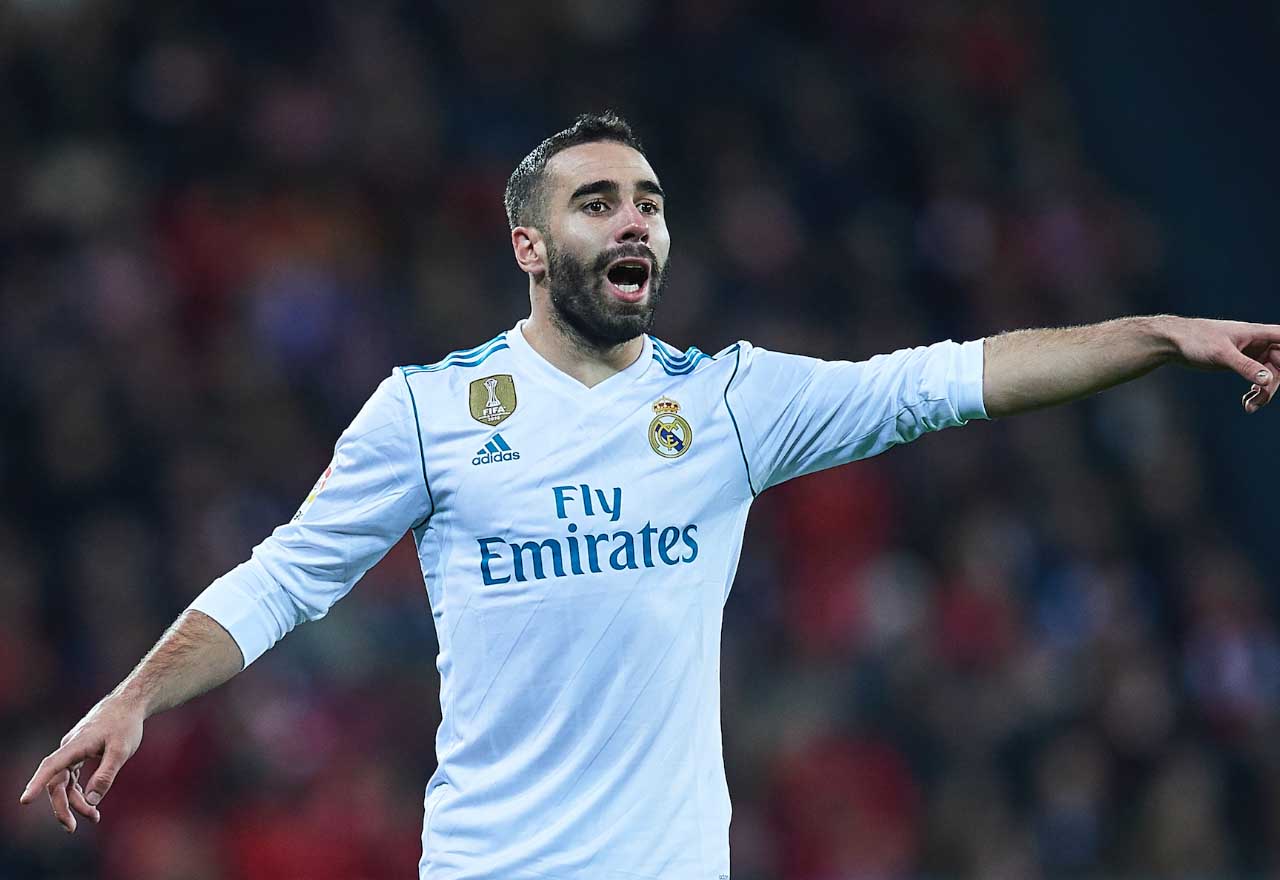 Real Madrid right-back Dani Carvajal has revealed his belief that Alvaro Morata will return to the Santiago Bernabeu in the not too distant future.

This has the potential to get ridiculous.

Morata was born and bred in Madrid, but joined Juventus in the summer of 2014 in search of regular first-team football. Two years on from his departure from Los Blancos, they activated their buy-back clause and he returned to his boyhood club.

The Spaniard spent just one season back in Madrid, scoring 20-goals in all competitions, before Chelsea forked out a club-record (£60M, per the Daily Star) fee to secure his services last summer. Chelsea signed Alvaro Morata in the summer from Real Madrid in a club-record deal.

Despite the faith that we showed in the 25-year-old paying such a highly-inflated figure, close friend and former teammate Dani Carvajal believes he’ll soon jump ship and return to Real Madrid AGAIN.

When quizzed as to whether he sees Morata returning soon, Carvajal is quoted by the Daily Star saying:

“Yes, he’s a good friend and a very good player.”

Would be great news for Chelsea.

Chelsea plotting another shock raid on Arsenal – this time for star midfielder
CHELSEA INJURY BLOW: Midfielder ruled out of rest of the season with ankle fracture