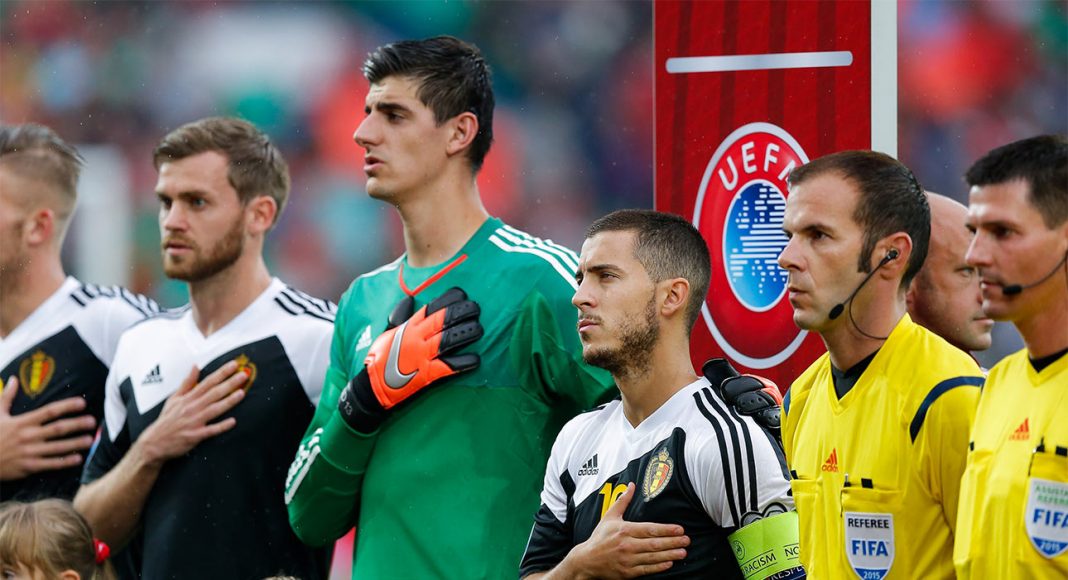 Belgium manager Roberto Martinez has insisted that Chelsea duo Eden Hazard and Thibaut Courtois will only think about their futures at Stamford Bridge after the World Cup.

Hazard and Courtois’ futures at Stamford Bridge have both been under the spotlight in recent months, with neither of the pair yet to sign a contract extension.

Courtois has been heavily linked with a return to Madrid, this time with Real. His family still live in the Spanish capital from his time with Atletico.

There were suggestions that Hazard could link-up with childhood hero Zinedine Zidane at the Santiago Bernabeu. Following the Frenchman’s departure, it’s unclear whether or not that move will happen.

Roberto Martinez is keen to put a stop to the speculation surrounding the pair’s futures, at least for now. The former Everton boss is quoted by the London Evening Standard insisting that it’s a matter for after the World Cup:

“The group has decided to only focus on the World Cup. All the personal situations will be put to one side. There’s no worry about that.”