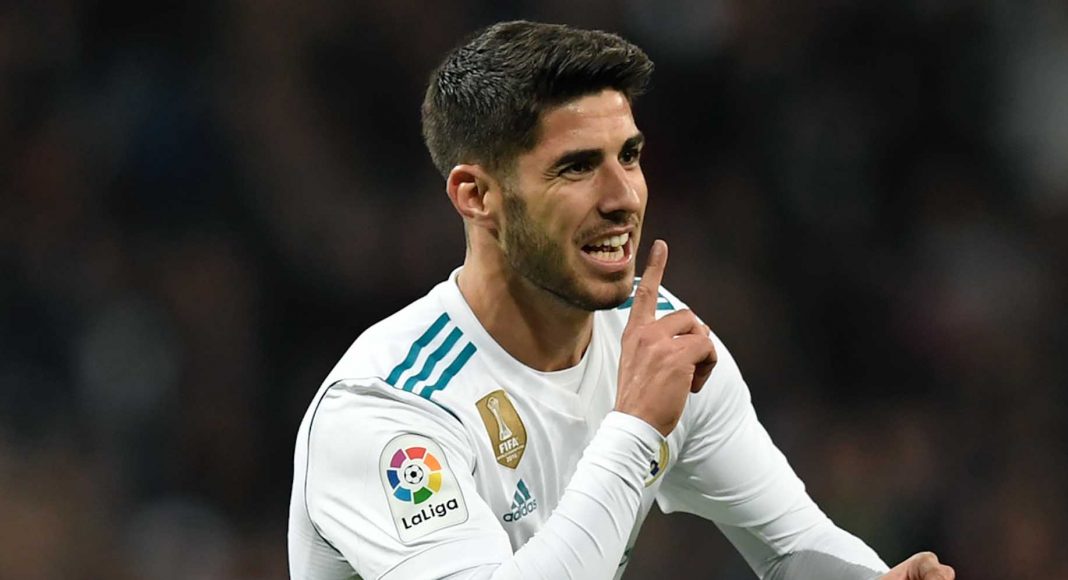 Real Madrid sensation Marco Asensio has spoken out on his future amid links to Chelsea and Manchester United, report the Express.

Asensio is considered among the most exciting young players on the planet. Though he is just 21-years-old, he has forced his way into Zinedine Zidane’s thinking with some superb performances and cracking long-range strikes. Not to mention that he has already made eight appearances for the Spanish national team.

His meteoric rise to the top of the football world has likely increased his hunger for first-team action, but he is still not considered a sure starter for Los Blancos. As the Express note, this has left a major question mark over his future at the Santiago Bernabeu.

However, Asensio has spoken out on his future in Madrid, and he appears content. The Express quote the Spaniard, who insists that he has no interest in leaving anytime soon, despite the report claiming that both Chelsea and Man United are keen on signing him:

“It is difficult to manage a squad as good as our one, but Zidane knows he can count on me.”

“I work hard every day to earn more minutes, but I am aware of where I am. I am at the best club in the world and I am happy at Real Madrid.”

my darling boy Asenso is going no where.