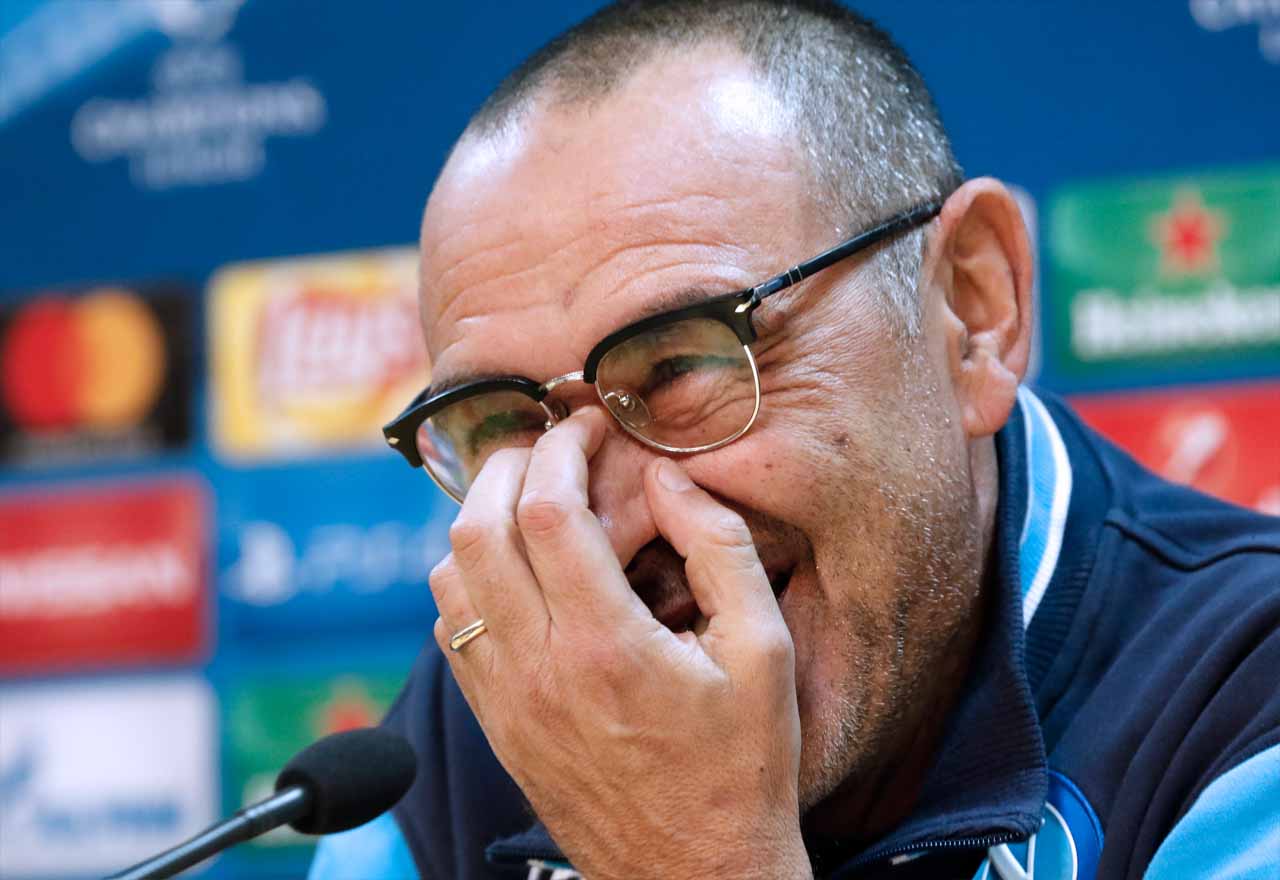 Sarri appears on the verge of replacing Antonio Conte as Chelsea manager. Though, he has for some time now.

Reports in both Italy and England are in agreement that the deal to take Sarri to Stamford Bridge is nearing completion.

Though we are still awaiting official confirmation of his appointment, and Antonio Conte’s subsequent departure, we have been given a strong indication the move is set to go through.

Unofficial confirmation has come from an unlikely source. Kalidou Koulibaly, a player long-term linked with a move to Chelsea himself, has appeared to confirm Sarri is on his way to West London.

Koulibaly is quoted by the Daily Star saying:

“(Chelsea fans) can expect nice football because he is a very good coach.”

“I’m disappointed that he leaves like this but we have now a big coach (in Carlo Ancelotti). We know we can win something with him.”

“I hope he will win something with Chelsea because he’s a nice coach.”

It is unclear whether Koulibaly has made an assumption based on the reports he’s seen in the press, or he actually knows something.

Either way, Sarri doesn’t appear to be far off signing the contract now.

Chelsea and Inter Milan set for transfer negotiations, contact already made with player’s agent
Chelsea target thought to be house-hunting ahead of summer switch