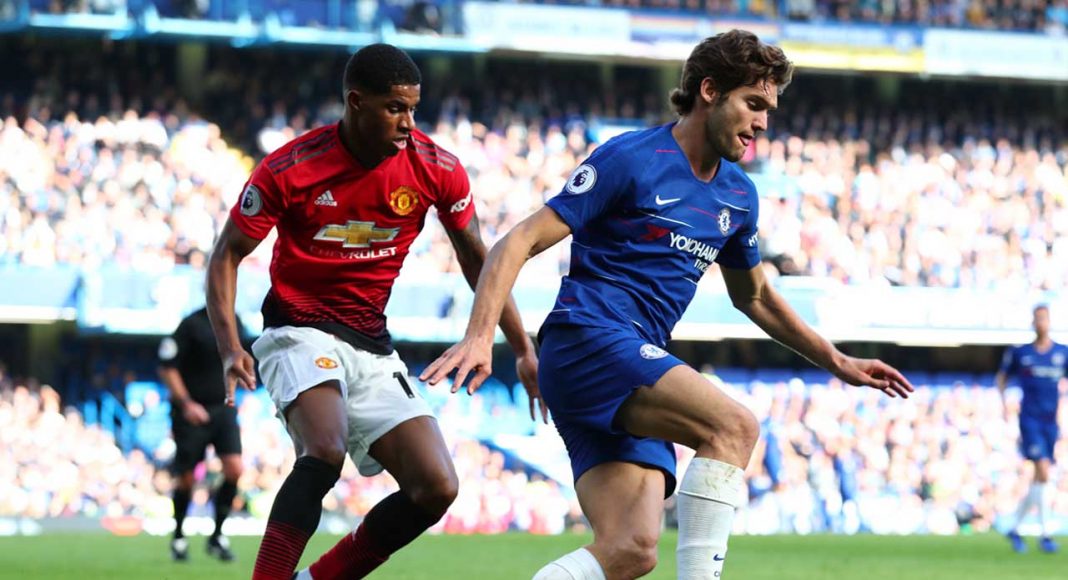 We probably ought to stop reporting on stories published by Don Balon, but one day they’ll get it right and we’ll be left with egg on our face.

We’re not willing to take that risk, and thus the information published in this latest report of theirs will be translated and written up for our readers’ enjoyment.

The Spanish publication, who are renown for publishing falsities, and often outrageous transfer rumours, claim that Real Madrid are after Marcos Alonso.

Los Blancos already signed Thibaut Courtois from us in the summer, with their interest in Eden Hazard being the worst kept secret in the football world.

They want Alonso too? Are they taking the p***?

Everyone has a price, even someone as integral as Alonso. The report claims, though, that Chelsea would be willing to negotiate around the €60M mark, which is way off our valuation.

Alonso is one of the best left-backs on the planet and has confirmed himself that a Chelsea contract extension is on it’s way.

If Real Madrid are serious about pursuing the Spaniard, they’ll need to dig deep into their pockets to prise him away from Stamford Bridge.