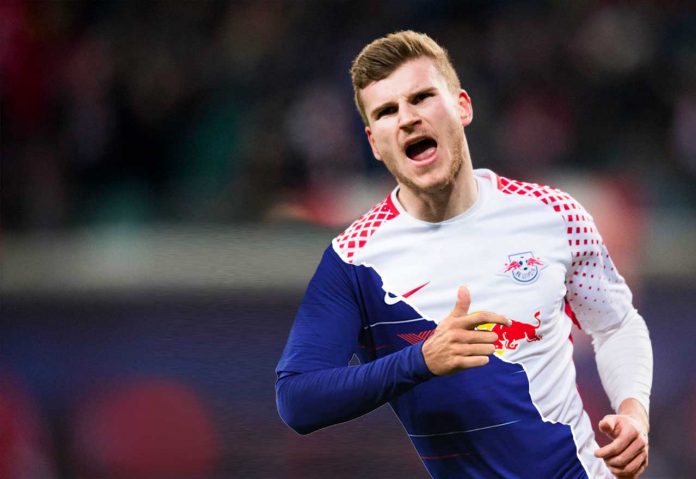 Odds have been slashed on Chelsea signing RB Leipzig striker Timo Werner, but Liverpool remain favourites to sign the German.

With every day that passes, a new striker is linked with a move to Chelsea. Gonzalo Higuain and Callum Wilson are the two who have been reported as targets by the more reputable outlets, but Mauro Icardi, Karim Benzema and Edinson Cavani have also been mentioned as options for Maurizio Sarri’s men.

Here’s another one to add to the list, Timo Werner. The 22-year-old has scored 14 goals in 21 appearances this season and looks to be the latest talented attacker produced by the country of Germany. Twenty-three appearances for such a star-studded international team at his age also isn’t too shabby.

CaughtOffside report that odds have been slashed on Werner to Chelsea, with the Blues now being 3/1 on being the German’s next destination. Liverpool remain favourites at 9/4, but it seems unlikely that Jurgen Klopp will look to recruit another attacker at this current time. Would he be a good signing, Blues?