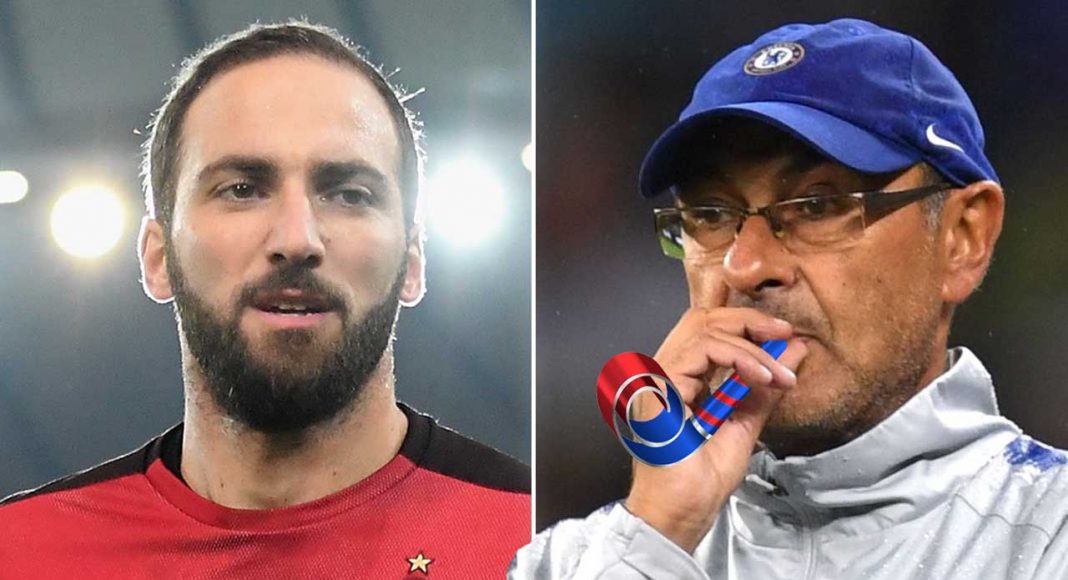 Nicolos Higuain, brother of AC Milan striker Gonzalo, is in London to meet Chelsea manager Maurizio Sarri to discuss the possibility of a January move, according to ESPN.

Higuain has been linked with a move to Chelsea since the summer. ESPN report that Sarri himself is pushing our pursuit of the Argentine, with Marina Granovskaia thought to have reservations due to the striker’s age.

Higuain is on-loan at AC Milan from Juventus, which makes the deal a difficult one to negotiate, especially in January. Dealing with two clubs at the same time would double Marina’s workload, which might be another reason why she’s not too hot on the idea.

Regardless, ESPN believe that Nicolos, his agent, is in London, which suggests that the deal isn’t as improbable as it seems. It’s also an indication that Higuain would be keen on signing for Chelsea this January.

His age aside, his wage demands aside, the difficulty of negotiating with two teams aside, Higuain scores goals, and Chelsea need goals. Sometimes football really is that simplistic. Get this deal done then focus on replacing Cesc Fabregas.

Today is Sarri’s birthday, so if, as the report says, he has met Nicolas Higuain in London today, it says a lot about both his work-ethic and how desperate he is for a striker.