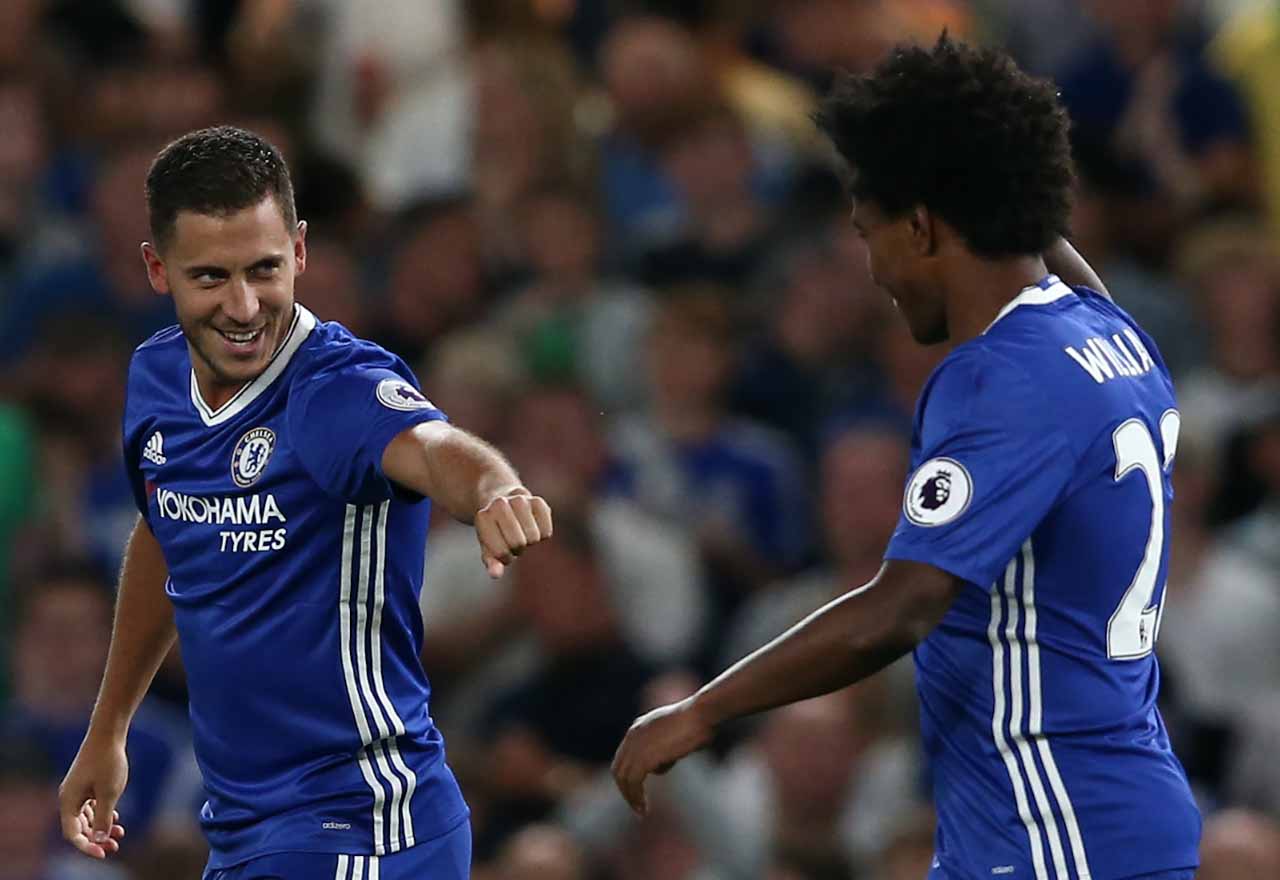 In a match that produced some fine Chelsea individual performances, Eden Hazard didn’t think he was the man of the match in the victory away to Huddersfield Town.

When speaking in a post-match interview, the Belgian rejected the honour, instead giving it to Willian.

This comes as no surprise with how mature and professional the 26-year-old has become since joining Chelsea.

Here is a clip of what happened between the pair after the match:

Eden Hazard who was nominated by BT Sport as man of the match has rejected the award and gave it to his team mate Willian saying “no it’s for you”. The Belgian humble as ever! #HUDCHE #CFC #COYB #KTBFFH pic.twitter.com/LrjVUIzX9b