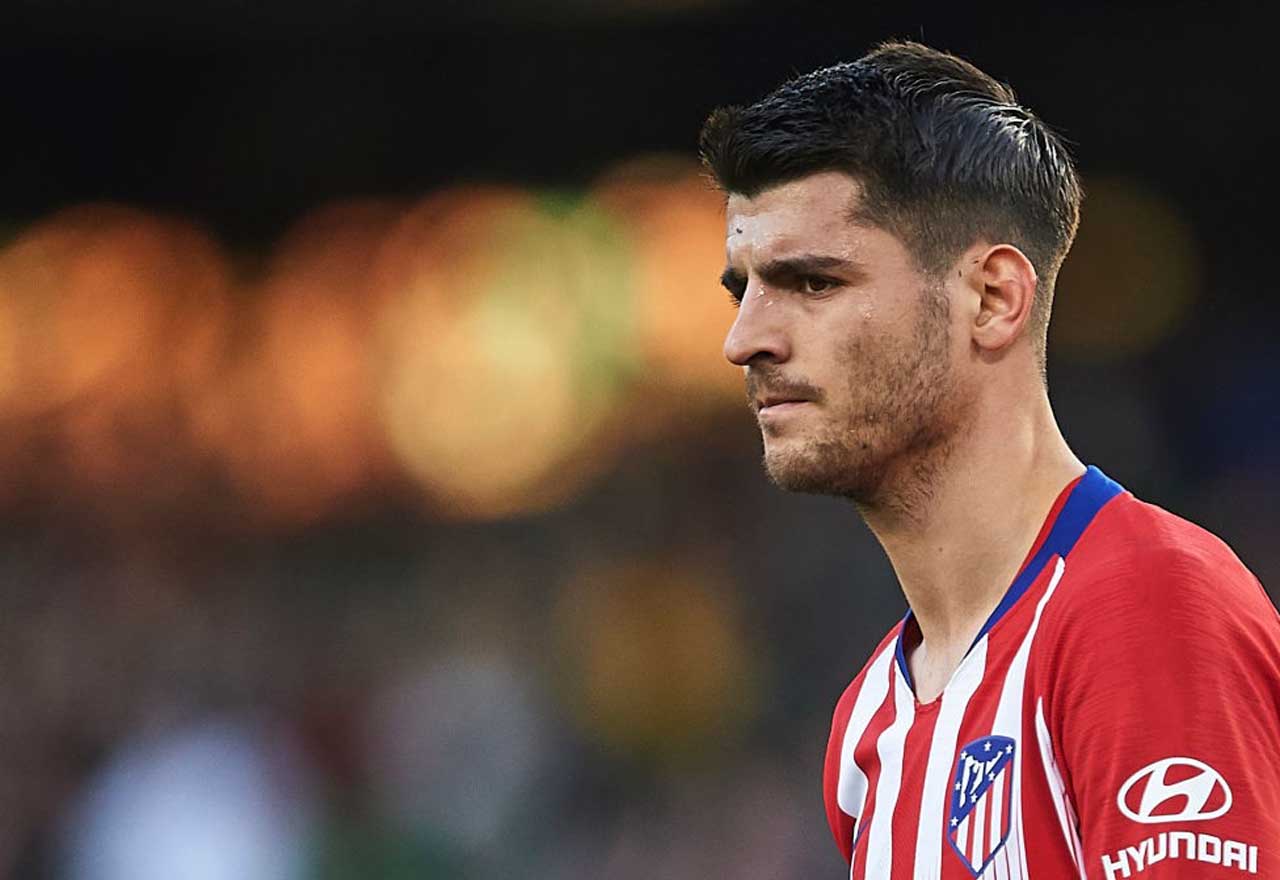 You may well hold the opinion that we have laughed enough at the misfortune of Alvaro Morata. Sorry to break it to you, but it’s never enough!

Alvaro Morata ended his torment at Chelsea back in January, signing for Atletico Madrid on an 18-month loan deal and effectively leaving Stamford Bridge for good. Diego Simeone will likely have been optimistic that he had acquired a striker with the potential to score bags of goals at the Wanda Metropolitano, but nobody told him, Alvaro is cursed!

Morata showed flashes of brilliance during his time in SW6. They were brief, but they existed. It gave us hope that he could have come good eventually, but Maurizio Sarri and Marina Granovskaia were not prepared to wait any longer. They had seen Morata’s confidence take setback after setback. He was broken towards the end.

We were given further evidence of the jinx which has been placed on Morata as his new employers Atletico hosted former side Real Madrid at the Wanda Metropolitano. Morata raced through, controlled the ball excellently, executed a inch-perfect lob like he has never managed before… but had strayed merely a couple of inches offside.

How’s your luck, Alvaro? On the very rare occasion that he is able to produce a finish like that, the linesman flags for offside. This comes Atletico lost for the first time in 19 league games on his debut. We’re glad to be rid of the curse, he’s Atletico’s problem now.