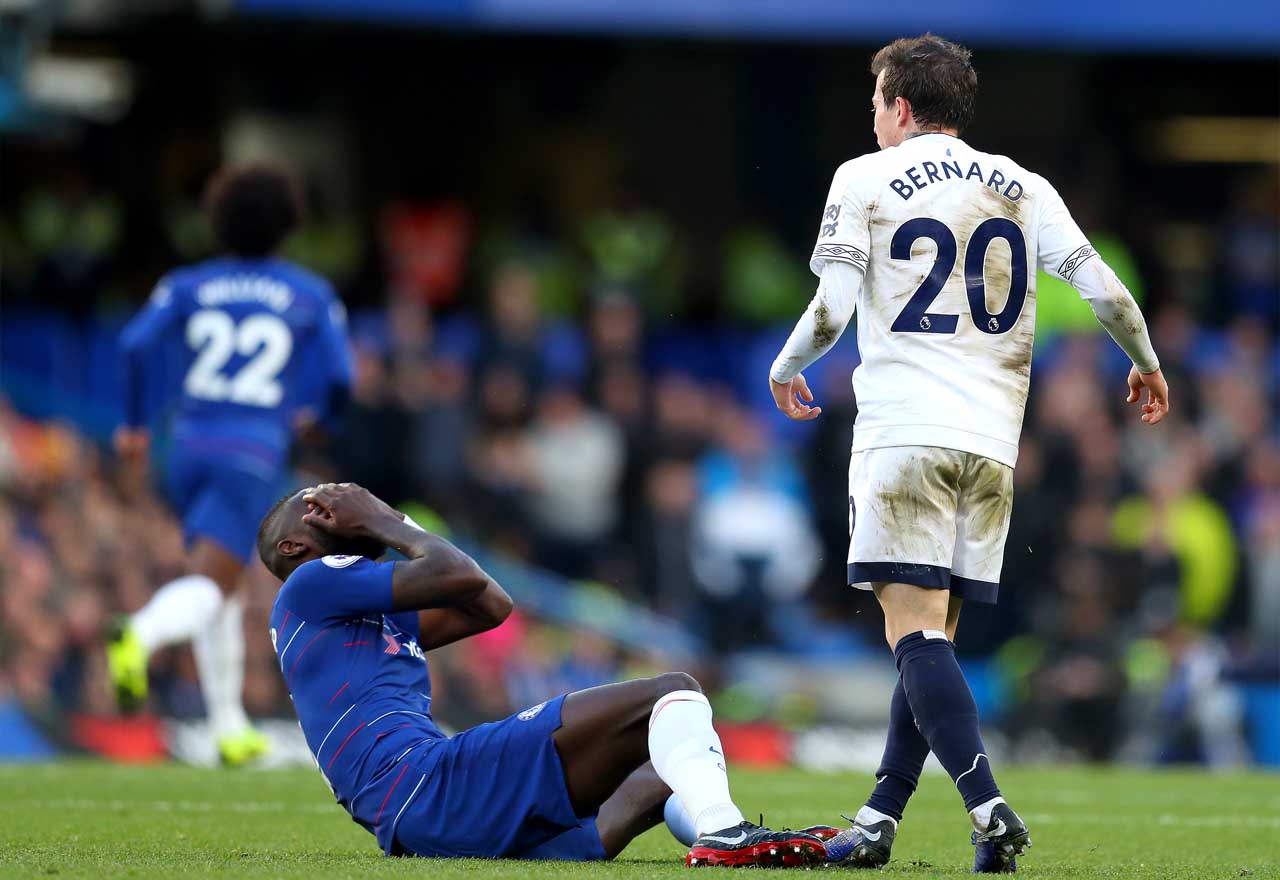 Everton were lucky to head into half-time at Stamford Bridge with eleven players on the pitch. Bernard should quite clearly have been dismissed for headbutting Antonio Rudiger.

Both players received yellow cards for the incident, but it’s difficult to see exactly what Rudiger did wrong in this situation. His head made contact with Bernard’s through no fault of his own.

Referee Kevin Friend can be seen in the below video running away from the collision between the pair. He had no idea what was going on – he guessed. The replays are unambiguous, Bernard should be off. See for yourself.

(Video) Giroud scores his first of the season with trademark header vs. BATE
(Video) Fabregas caught ‘cheating’ during Everton draw, Chelsea fans will love this