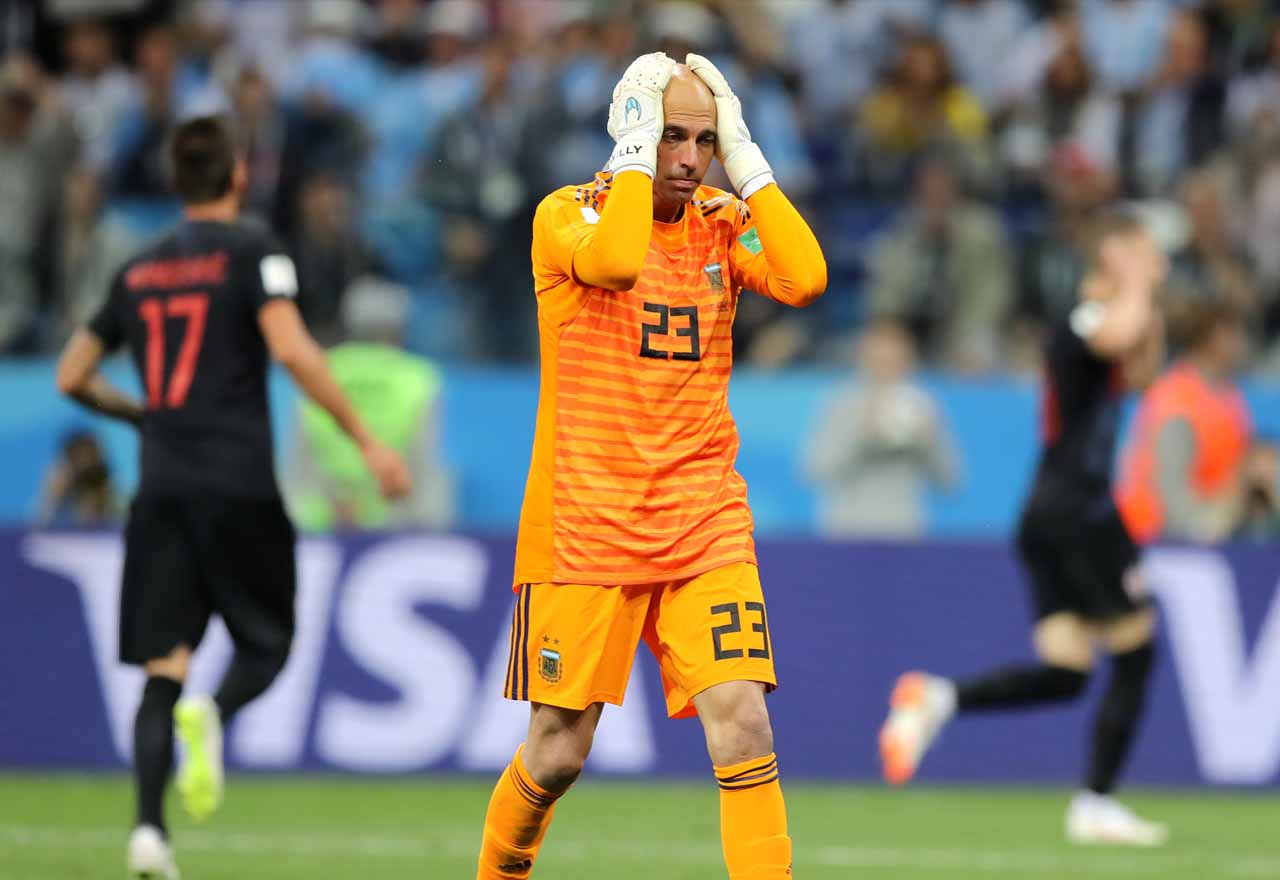 Oh Willy, what were you thinking?

It’s a question we all find ourselves asking at some point. Usually with a sore head on a Sunday morning, though, not at the World Cup.

Caballero has been handed a starting role for Argentina this tournament in the absence of usual number one Sergio Romero.

We have a feeling that the Argentine’s will be missing Romero right now, as Caballero’s just dropped an absolute clanger against Croatia.

Caballero, for reasons unknown, attempted to chip the ball clear. It didn’t work, and he was punished for it. Take a look.

What was Caballero thinking? His howler has gifted Croatia the lead. Wow, not a good look. #ARG #CRO pic.twitter.com/AaYaPGiOeH