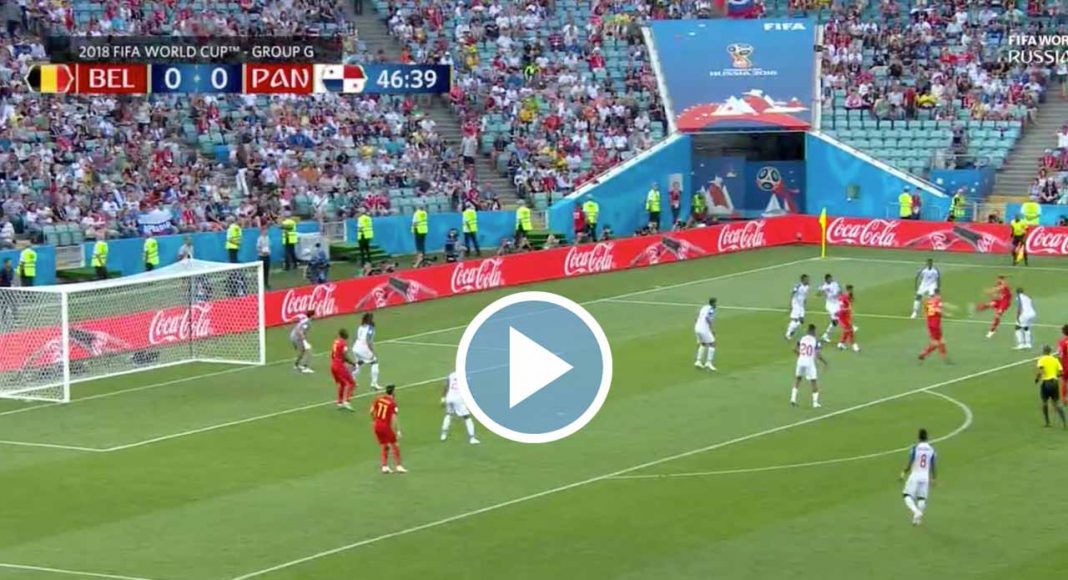 All eyes were on the Red Devils as they took to the field in Russia. They’re considered one of the favourites to win the tournament, but didn’t play like world champions during the first-half.

Roberto Martinez must have given them a serious kick up the back-side at the half-time break as they came out a completely different team.

Within two minutes of the second-half getting underway, Mertens first home on the volley to give his country the lead. What a goal!

What a volley by Dries Mertens! #BEL pic.twitter.com/FHH6YWiE0k

The Independent previously reported that Maurizio Sarri could take Mertens with him to Chelsea.

Whether or not his interest is genuine remains to be seen, but if he’d be producing moments like this in Chelsea blue, we’d be loving it.

Previous articleRevealed: The fee Chelsea will pay to sack Antonio Conte and his staff
Next article(Video) Eden Hazard bags his first direct goal contribution of the World Cup