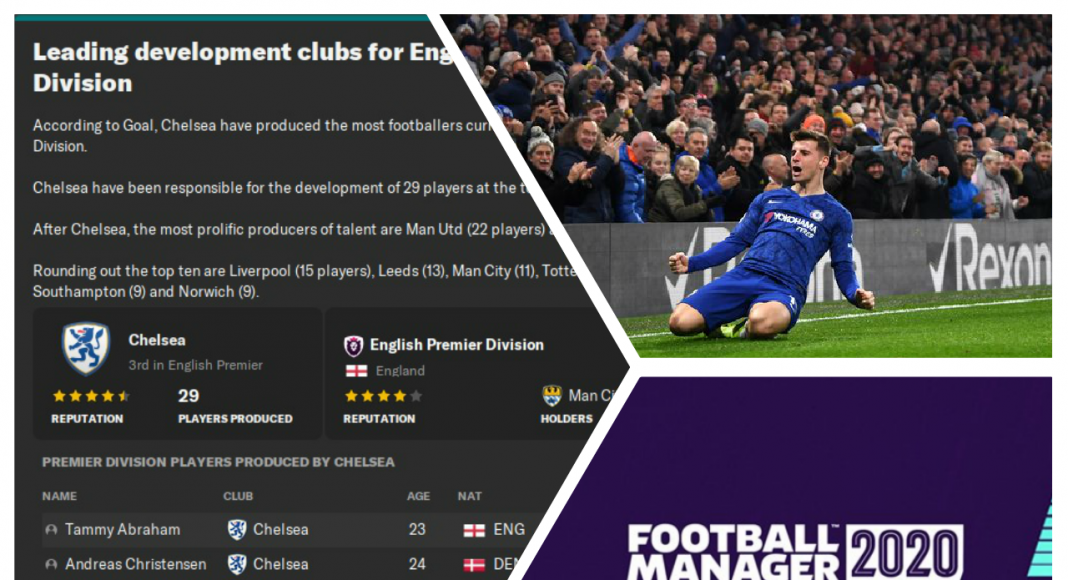 Roman Abramovich’s has more realistic expectations for the manager’s second season. Realising this project will be all about gradual growth, he admits that qualifying for the Champions League this year will be a bonus rather than a necessity.

Going further in the Europa League to blood these youngsters in some more challenging environments will be a priority, and trying to follow up our cup success is also vital.

In terms of transfers, the club is running out of options. Declan Rice is a very good Premier League player at this point, but Chelsea are deepest in that position, with plenty of other options already. We may come back to Declan in the future, but for now we can let him continue developing at West Ham. We focus instead on bringing in some talented 15 year olds to the academy to make sure we have the best side in the country, and that our talents have the best teammates to play alongside.

The season starts with a horrible run, and the squad’s morale takes a beating from three consecutive losses. A deadline day panic sees former Chelsea schoolboy Eddie Nketiah come back to the club on loan from Arsenal after Jeremy Boga picks up an injury.

There’s also a hairy moment when Arsenal bid £42m for Ruben Loftus-Cheek. We reject it immediately, and the midfielder doesn’t seem bothered. But weeks later he’s unhappy about the state of the squad, and the two things seem very much connected. A big win against Newcastle boost the team’s confidence, and once Tammy’s goals start flowing there’s no stopping us. After our hard start we take full advantage of a soft run to build up points and momentum in the League and Europa League, and we carry in into a home game against Arsenal.

Conceding three minutes in, it looks like our issues with big teams are set to continue. But the team get into gear and roar back into the game, Abraham netting a superb hattrick in his 150th league career appearance to send Stamford Bridge wild. Just a week ago he scored his first England goal. He scored 27 in 51 games in all competitions last season, and already has 8 in 7 this season. This could be the year of Tammy. After a strong run we’re brought back down to earth in the Carabao Cup. Despite playing a strong team we’re beaten once again by a superb Sheffield United team at Stamford Bridge – although a late disallowed goal ruins a potential comeback.

We then draw with Southampton despite another two goals from Tammy. He refuses to take any praise from the manager, though Frank Lampard (Middlesbrough U23 manager) talks to the media about how good the striker is.

Fikayo Tomori has been shifted to right back to rotate with Reece James in recent weeks, as Nathan Ake and Andreas Christensen stat regularly in the middle. Tomori is superb in that role too, and his ability to push up to right wing back is useful too. James, on the other hand, is not developing as well as one might expect given how much football he’s playing.

Assistant Jody Morris is a huge fan of Dujon Sterling on the other hand, and his pace is certainly a massive weapon. But his poor first touch and technique may stop him ever being a really top drawer option.

Results certainly tail off after the winning streak, but the Blues keep picking up points, and sit in fourth with a quarter of the season gone. Arsenal, Spurs and Man U have started the season slowly, and it looks like another year where we will get plenty of chances to increase our lead if we can remain consistent.

Ryan Bertrand, despite being brought back to the club to be a professional reference for the youngsters, is causing a bit of dressing room trouble. He’s dropped from the first team for the game against Real Betis and stand in Ian Maaatsen opens the scoring to justify his selection. The team win comfortably in Seville to all but seal qualification. While Tammy’s goals are taking the headlines, Mason Mount is quietly having an equally good season. He wins another young player of the month award and dedicates it to the manager. He’s also now among the favourites for the Golden Boy award.

But England manager Sean Dyche still insists he’s biding his time on the midfielder. What on earth is he waiting for? By the start of December, the 21 year old has 4 goals and 16 assists from 20 starts, and picked up the man of the match award in more than a quarter of his starts.

Chelsea cruise through top of their Europa League group, but in the league their form suffers, and two unlucky defeats in December means another summoning from Roman. There are easier fixtures to come in January though, and he’s happy to accept things are going to turn round… quickly.

You can read part 6 here.