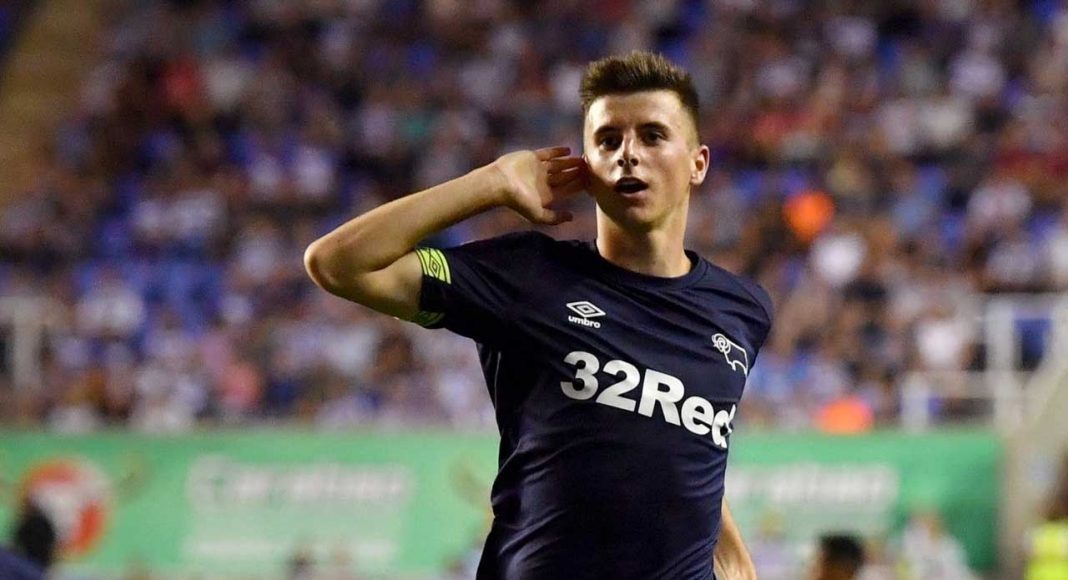 Mount proved this readiness to compete in the professional game with Vitesse Arnhem last season. Some may see a season in the EFL Championship as a step backwards for the youngster, but it’s fast proving to be a masterstroke.

Chelsea legend Frank Lampard and former academy coach Jody Morris took over at Derby in the summer as manager and assistant.

Lampard, a Chelsea legend and one of the greatest midfielders of all-time, will be providing Mount with invaluable guidance this term. Mount also has a pre-existing relationship with Morris from his time with the Chelsea youth team.

The 19-year-old had already found the back of the net against Reading in the league and Oldham Athletic in the EFL Cup. He continued his goal-scoring form with this low-drilled finish against Preston, who are yet to win since the opening day.

Whether his rate of scoring is sustainable can certainly be called into question, but Mount is forcing Chelsea and Maurizio Sarri to take notice of him. This really could prove to be the season where he shows the whole country what he’s made of.

Previous articleChelsea player continues to be linked with move away, September 1st deadline
Next articleChelsea, particularly Eden Hazard, could benefit from Newcastle injury crisis – here’s why